An endocrine disruptor is a chemical substance capable of altering hormonal balance and, consequently, contributing to the increase of certain types of tumors, malformations, reproductive system dysfunctions, neurotoxicity and immune response failure.

What is an endocrine disruptor and where are they found?

The definition of endocrine disruptor (ED) has been included in European regulations since 1999. The study of these substances is particularly important because of the unintended effects on human health in the environment.

An endocrine disruptor is a chemical substance capable of altering hormonal balance and, consequently, contributing to the increase of certain types of tumors, malformations, reproductive system dysfunctions, neurotoxicity and immune response failure. The effects of endocrine disruptors can be direct or synergistic (the accumulation of different EDs could lead to intensified negative effects) (2).

Unfortunately the list of where they are found is long: we can find endocrine disruptors in products we use in our daily lives. such as in food, water, shampoo, toothpaste, fertilizers, tissues, carpets , utensils, toys, cosmetics, deodorant, etc. 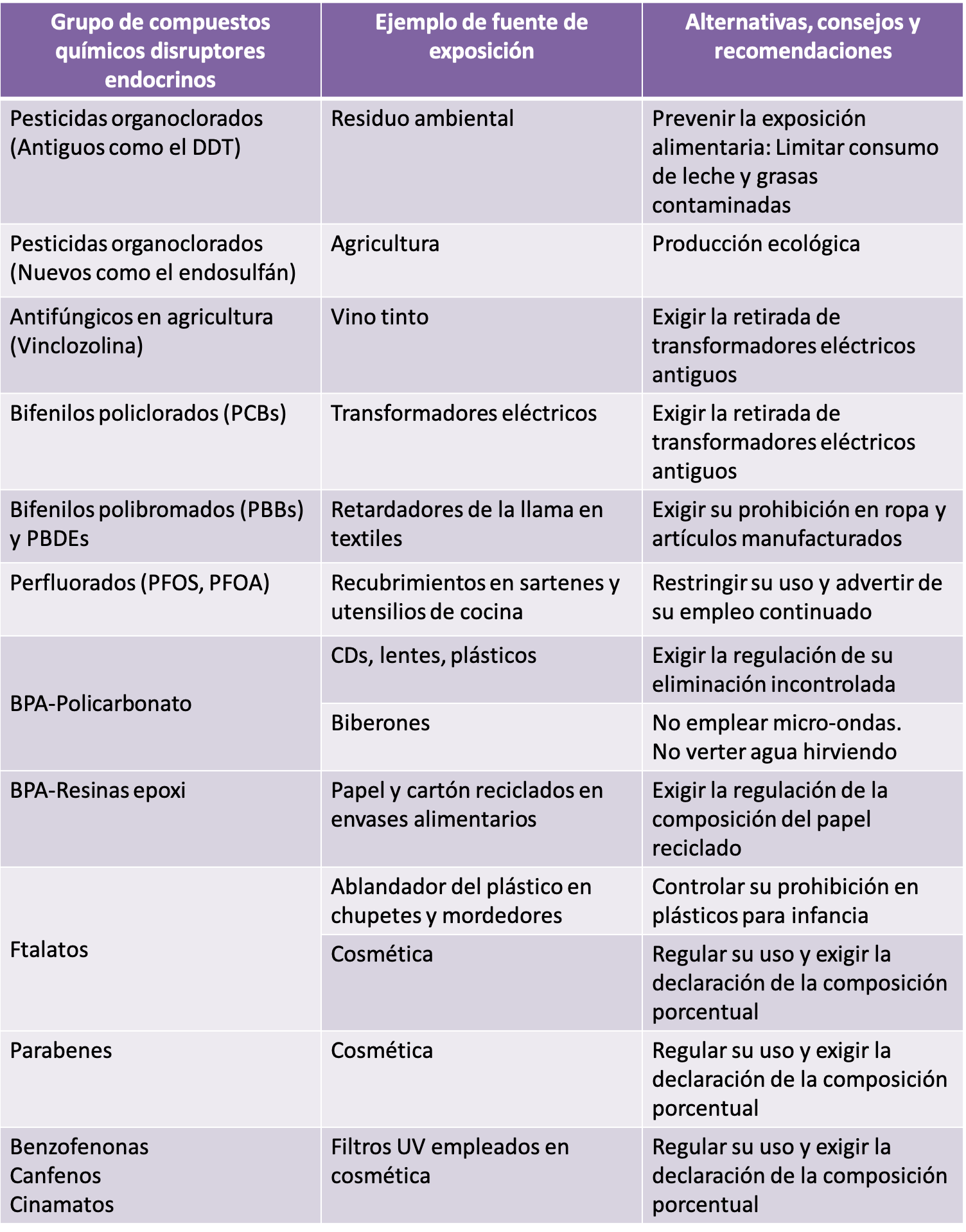 We can come into contact with these harmful substances in various ways: by intake, inhalation and by skin absorption.

It has been shown that exposure, during intra- and extrauterine life, to bisphenol A (BPA), a compound frequently used in plastics and food wrappers, can affect the ovaries and fetal brain development. The endocrine system is especially important for male reproductive development, as androgens (such as testosterone) promote the maturation of secondary male characteristics as well as the spermatogenesis process.

The quality of the seminograms and testosterone levels are deteriorating. Some authors associate this with an increase in the variety of endocrine disruptors such as the compounds perfluorinated compounds (PFCs). Differences have been observed between rural and urban areas, and there is a statistical correlation between poor sperm quality and elevated levels of endocrine disruptors from pesticides (alachlor, diazinon, atrazine, metolachlor and 2,4-dichlorophenoxyacetic acid) (4). 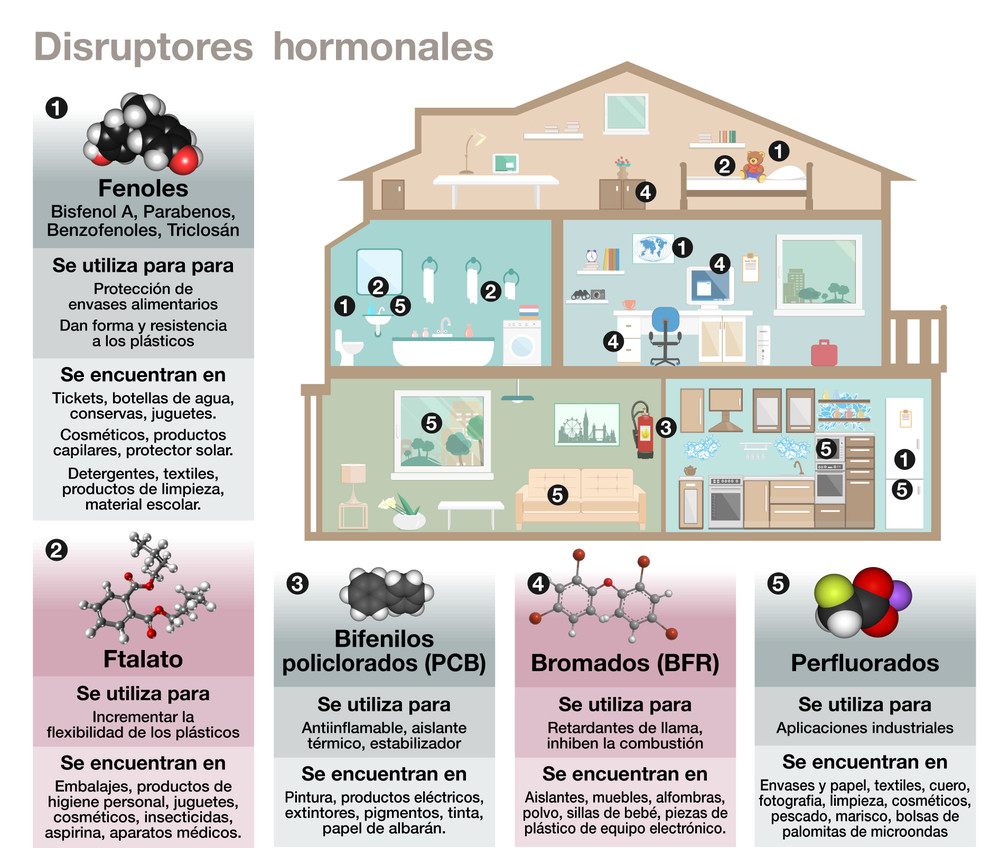 Exposure to endocrine disruptors during pregnancy increases the risk of low IQs and neurodevelopmental disorders, such as autism and ADHD, among others.

This finding was published by the European Chemicals Agency (ECHA) itself in its interview with Barbara Demeneix, author of the book “Toxic Cocktail: How Chemical Pollution Poisons Our Brains” (Oxford University Press, 2017).

Levels of thyroid hormones determine the correct development of the fetal brain, especially during the first three months of life.

During this stage, the thyroid gland has not fully developed, so the fetus depends on its mother providing thyroid hormone.

If the mother has a low thyroid hormone level, or reduced access to it due to the effect of the hormonal pollutants, the fetus will not be able to compensate for this deficiency, increasing the likelihood of autism and lower IQ (5.6).

A recent study published in the Journal of the National Cancer Institute found that exposure to the pesticide DDT was associated with breast cancer.

Women exposed before age 14 (particularly from birth to age 3) were more likely to develop premenopausal breast cancer. Those exposed after childhood had an increased risk of developing cancer between the ages of 50 and 54.

Another study showed that all the phenolic endocrine disruptors that were analyzed significantly increased the activity of aromatase (enzyme that converts testosterone into estradiol) and the biosynthesis of estradiol in cells suggests a direct link between daily exposure to low doses of these substances and cell proliferation in breast cancer (7,8).