Coffee is good for you, up to 4 cups a day

Numerous studies conducted in recent years have shown that coffee consumption can help prevent diseases such as Parkinson’s, diabetes or cancer.

Other beneficial effects include prevention of diseases of the retina, improvement of concentration and memory, weight loss and reduced risk of depression. Furthermore, recent studies focusing on coffee have linked coffee with the prevention of cerebrovascular diseases, multiple sclerosis and coronary atherosclerosis.

The beneficial effects of coffee; the list is endless.

The most consumed beverage in developed countries is coffee, which is predominantly consumed in Europe and the United States. For years, numerous studies have endorsed the beneficial properties of coffee, such as: 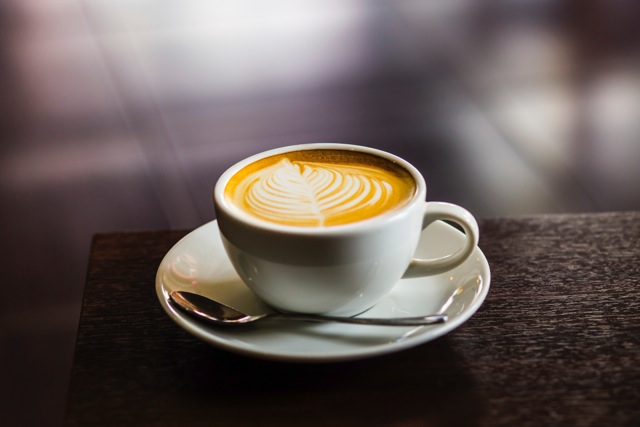 A study conducted in Japan has shown that coffee reduces the likelihood of suffering diseases, albeit cerebrovascular diseases.

A recent study conducted in Japan and published in the American Journal of Clinical Nutrition (1) has linked coffee consumption with a lower risk of mortality from cerebrovascular, cardiovascular and respiratory diseases.

The 90,914 participants did not present with or have any history of myocardial infarction, stroke or cancer at the time of admission onto the study. They completed a number of surveys on their coffee consumption and were monitored for a period of 18.7 years (on average).

The study found that coffee contained protective capabilities which could protect an individual against these diseases, both in men and women, particularly in the prevention of cardiovascular diseases. It was also observed that the chlorogenic acid contained in coffee slows down endothelial function by activating nitric oxide synthases and promoting endothelial repair. Coffee also contains pyridine, which helps prevent excessive blood clotting in the blood. Furthermore, caffeine acts as a bronchodilator and so can be used to improve lung function and prevent respiratory diseases.

Two studies conducted in the United States and the United Kingdom have determined that the protective effects of coffee are also effective against multiple sclerosis and coronary atherosclerosis.

Another study presented in Washington at the annual meeting of the American Academy of Neurology (2) concluded that coffee consumption protects against the development of multiple sclerosis. The authors noted in the latter that caffeine has neuroprotective properties and appears to suppress the production of proinflammatory cytokines.

In both studies, people who did not drink coffee were more likely to develop multiple sclerosis than those who drank 4 or more cups of coffee a day during the year prior to the onset of any symptoms.

On the other hand, a recent study published in the British Medical Journal (3) has associated coffee consumption with a lower incidence of coronary atherosclerosis.

The study examined 25,138 men and women with an average age of 41.3 who did not have any type of cardiovascular disease at the start of the study and quantified the level of calcium in the coronary arteries through the use of computed tomography (CT). This study showed that the consumption of three to four cups of coffee per day effectively reduced the risk of plaque in your arteries. However, consumption of less than one cup of coffee per day increased the aforementioned risk, irrespective of sex, age, smoker or non-smoker, alcohol intake, obesity, diabetes, hypertension or hypercholesterolemia.

As a result it can be argued the study has proven that moderate consumption of coffee has beneficial effects on our health. However, excess coffee can be harmful to us:

In the Anti-ageing Medicine programs at the Neolife clinic, we recommend an intake of less than four cups a day, preferably consumed in the morning (as you should try to avoid consumption in the afternoon wherever possible). However, in hypertensive patients, with arrhythmias, anxiety, irritable bowel or other clinical conditions, these doses are personalized to the individual concerned.