Chocolate can help reduce the risk of stroke and improve cognitive abilities.

For this to be achieved however it is very important to choose the right chocolate. It is important to read the label properly: avoid added sugars, milk, cocoa butter etc. and a cocoa content of at least 70%, since the more cocoa there is the more flavonoids the cocoa contains (milk chocolate contains less cocoa and white chocolate does not contain any cocoa).

Chocolate is delicious and causes almost instant pleasure when we put it in our mouths. But, moderate consumption can provide significant benefits to the body, as numerous studies have shown over the years.

A study published in the Neurology journal (1), carried out by the Harvard Medical School in collaboration with the National Institute on Ageing and the National Heart Institute, has revealed that taking hot chocolate on a daily basis helps maintain a healthy brain. In particular, the research revealed that drinking two cups of hot chocolate a day can help older people keep their brains healthy and improve their mental skills. 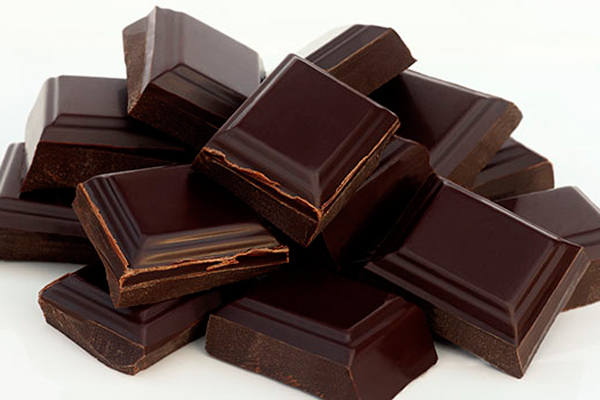 This study was conducted on a group of 60 people with an average age of 73 who showed no signs of senile dementia. The experiment consisted of the participants drinking two cups of hot chocolate a day for 30 days. During the month, individuals were subjected to various memory and mental dexterity tests along with ultrasound tests which measured the volume of blood that reached the brain during the tests.

Once the study was completed, participants showed a marked improvement in blood flow within the brain, particularly in those individuals who had shown limited flow at the beginning of the study.

Another study has demonstrated that moderate consumption of chocolate can reduce the risk of suffering a stroke by 17%.

A second study published in the same journal (2) has shown that eating moderate amounts of chocolate can improve cardiovascular health and prevent ischemic strokes.

They concluded that men who consumed more chocolate had a reduced risk of suffering a stroke by 17% compared to those who did not consume any chocolate. A subsequent analysis of five studies, which included 4,260 cases of stroke and included both sexes, found results similar to the former study: those who consumed more chocolate reduced their risk of a stroke by 19%. For every 50 grams of chocolate consumed per week, the risk of suffering a cerebral infarction was reduced by 14%.

Although the exact reason why chocolate has such a beneficial effect on our brain is still unknown, it is believed that the effects are due to the flavonoids contained in the chocolate.

The positive effect, according to the author of the study – Dr. Larsson-, is due to the flavonoids that chocolate contains, which are antioxidants and help prevent the formation of clots, possess anti-inflammatory properties, reduce blood pressure and decrease the concentration of “bad” cholesterol.

However, both studies have indicated that further research is required to confirm the relationship between cocoa, blood flow problems, cognitive improvement and strokes.

These results should not be read as an excuse to eat chocolate to excess. Like all food, “if it is eaten in its proper measure” chocolate can be beneficial to the body; however, if it is consumed in large quantities then chocolate can be harmful, due to the high caloric load (content in the form of fats and sugars that are added during the manufacturing process) that leads to an increase in weight, which is a risk factor for diseases such as hypertension, dyslipidemia and diabetes etc.

At Neolife, as a pioneering clinic in anti-ageing medicine, we recommend an ounce of chocolate each day in the evening as part of a healthy diet, as it contains tryptophan, which enables the synthesis of serotonin and melatonin (these two indolamines promote serenity, relaxation, tolerance to frustrations, decrease in compulsive tendencies, preparation for dreaming etc). You must chose the right chocolate. It is important to read the label properly: avoid added sugars, milk, cocoa butter etc. and a cocoa content of at least 70%, since the more cocoa there is the more flavonoids the cocoa contains (milk chocolate contains less cocoa and white chocolate does not contain any cocoa).