Cancer, the most feared word among patients

Cancer is, together with cardiovascular diseases, the most significant public health problem of our times worldwide. This is due to the significant associated morbidity and mortality and the progressive increase in its incidence.

Over the past decade, the scientific community has focused its efforts on finding a cure for this illness. However, it’s not an easy task. We are facing a compendium of diseases rather than a specific disease, and this requires a detailed study of each of the types of tumor, which are very different from each other.

Although the risk of developing cancer has increased, its mortality has been decreasing considerably

The word cancer is one of the most feared among patients. It is associated, quite rightly, to a distressing, painful and in many cases lethal disease. Over the past decade, the scientific community has focused its efforts on finding a cure for this illness. However, it’s not an easy task. We are facing a compendium of diseases rather than a specific disease, and this requires a detailed study of each of the types of tumor, which are very different from each other.

Cancer is, together with cardiovascular diseases, the most significant public health problem of our times worldwide. This is due to the significant associated morbidity and mortality and the progressive increase in its incidence.

To get an idea of the situation, in 2012, the estimated amount of cases worldwide was 14.1 million. More specifically, in the European Union, 2,635,222 new cases were diagnosed in that year, representing 18.7% of the total.

Focusing even further, on Spain, the number of new cases in 2015 was 247,771. Most new diagnoses were in men (60.1%), and in up to 60.4% of the cases, the patients were over 65. The most frequently diagnosed tumors were the colon and rectum, the prostate, the lung, the breast and the bladder.

Although the risk of developing a cancer has increased, fortunately mortality rates have been decreasing considerably in the last two decades, thanks to population screening and screening techniques. These techniques lead to higher tumor detection in early stages without allowing symptoms to appear and therefore producing much better results.

You might be asking what causes cancer? There is no easy answer. There are grey areas that we must clarify, but the innermost cause is increasingly closer to being discovered.

The cells, the building blocks of our organism, have a cycle that consists of division and death. Throughout this process, a copy of our genetic material (DNA) is produced, which will be responsible for the new cell that fulfills its functions. At the time of division, this material undergoes a series of mutations or alterations which escape the cellular control system. The cell then fulfills, exclusively, one part of its biological cycle: division. And in this case, it will be a limitless division.

The cells in this situation are called tumor cells and are grouped by forming tumors or neoplasms. These can invade nearby tissues and, in many cases, spread to other parts of our body to be implanted in other organs, thus producing dreaded metastases.

Nowadays, we know that the cellular process is regulated by special genes called proto-oncogenes. The “damaged” version of these genes are called oncogenes, and are responsible for producing a continuous stimulus for cell division. This implies consequent continuous replication of DNA, which favors the appearance of mutations.

We also know that certain stimuli, called carcinogens, are responsible for damaging our genes, so that oncogenes are stimulated. How these agents carry out this process, and the internal cause that produces it, have not yet been fully understood.

There are factors associated with the development of this disease

What is clear, and what most scientific societies endorse, is that there are a number of predisposing factors associated with the onset of cancer. However, we must keep in mind that some patients have not been exposed to known carcinogens and still suffer from the disease. Moreover, there are patients who are subject to factors that are clearly associated with neoplasms for a large part of their lives and nevertheless remain unaffected by tumors. We must understand, therefore, that there is no direct cause-effect relationship in the onset of cancer.

Age is the most important risk factor for cancer in general and for many individual types of cancer.

Finally, it is important to note that oncological treatment is changing dramatically. On the one hand, the chemotherapeutic agents themselves are increasingly selective with tumor cells, meaning they have fewer side effects and are better tolerated by patients. On the other, a new medical concept called precision medicine has been created.  This medicine tries to adapt medical treatment to the individual characteristics of each patient. It implies that decisions regarding treatment or prevention will be based on the integration of the tumor’s genomic and molecular characteristics and information on the patient’s clinical situation and habits.

In short, we are aiming to treat patients in the most personalized way possible, based on their genetics and the tumor. We have gone from treating patients with cannons, creating considerable collateral damage, to sharpshooters, selectively attacking the tumor cells. 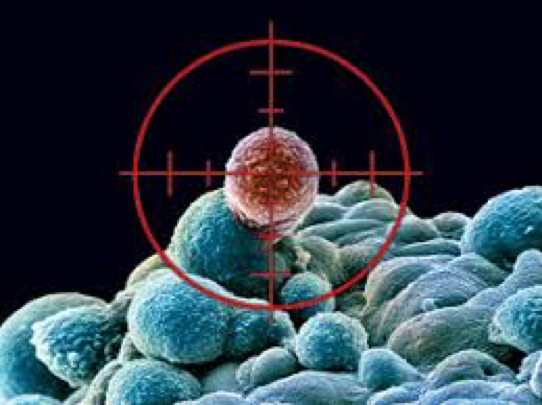 At Neolife, we carry out an optimization of age-related biomarkers, preventing diseases associated with the aging process. And as part of our checkups, we have a comprehensive oncoprevention panel that allows us to quickly identify the possibility of some of the most frequent tumors in society.

We also have in our medical team an oncologist who specializes in oncological prevention, and who will interpret these tests and offer a diagnosis and specific recommendations to continue enjoying a healthy life.