10 myths about testosterone treatment in women

Bioidentical testosterone therapy, at the right doses, is completely safe and allows for a correct hormonal restoration. Nevertheless, myths and rumours still circulate despite lacking any scientific evidence.

Some of the misconceptions that abound in the collective imagination are: that testosterone is a “male” hormone; that its only role in women is for sexual desire and libido; that replacement therapy makes women more masculine; that it gives you a deeper (more manly) voice; that it causes hair loss; that it can have adverse side-effects on your cardiovascular system; that it causes aggression; or that it can increase the risk of breast cancer.

Many of these myths that create such a bad reputation for hormones are in fact extrapolations of the adverse effects seen from taking very high doses of anabolics, which have nothing to do with bioidentical testosterone.

Testosterone therapy is being increasingly used to alleviate symptoms of hormonal deficiency in pre and postmenopausal women.

Although numerous scientific studies show the safety and success of this treatment, rumours and myths have been created, which by sheer force of repetition seem to hold more “influence” despite lacking any supporting medical evidence.

Many of these myths are extrapolations of the adverse effects seen from taking very high doses of anabolics (testosterone derivatives) for other purposes (such as bodybuilding, doping, etc.).

In this article, we refer solely to therapy with bioidentical testosterone (which is identical to a human testosterone molecule) and only at replacement doses which aim to replenish the physiological levels we already had in our youth; this is the standard that governs a correct hormone restoration, which we employ here at Neolife. 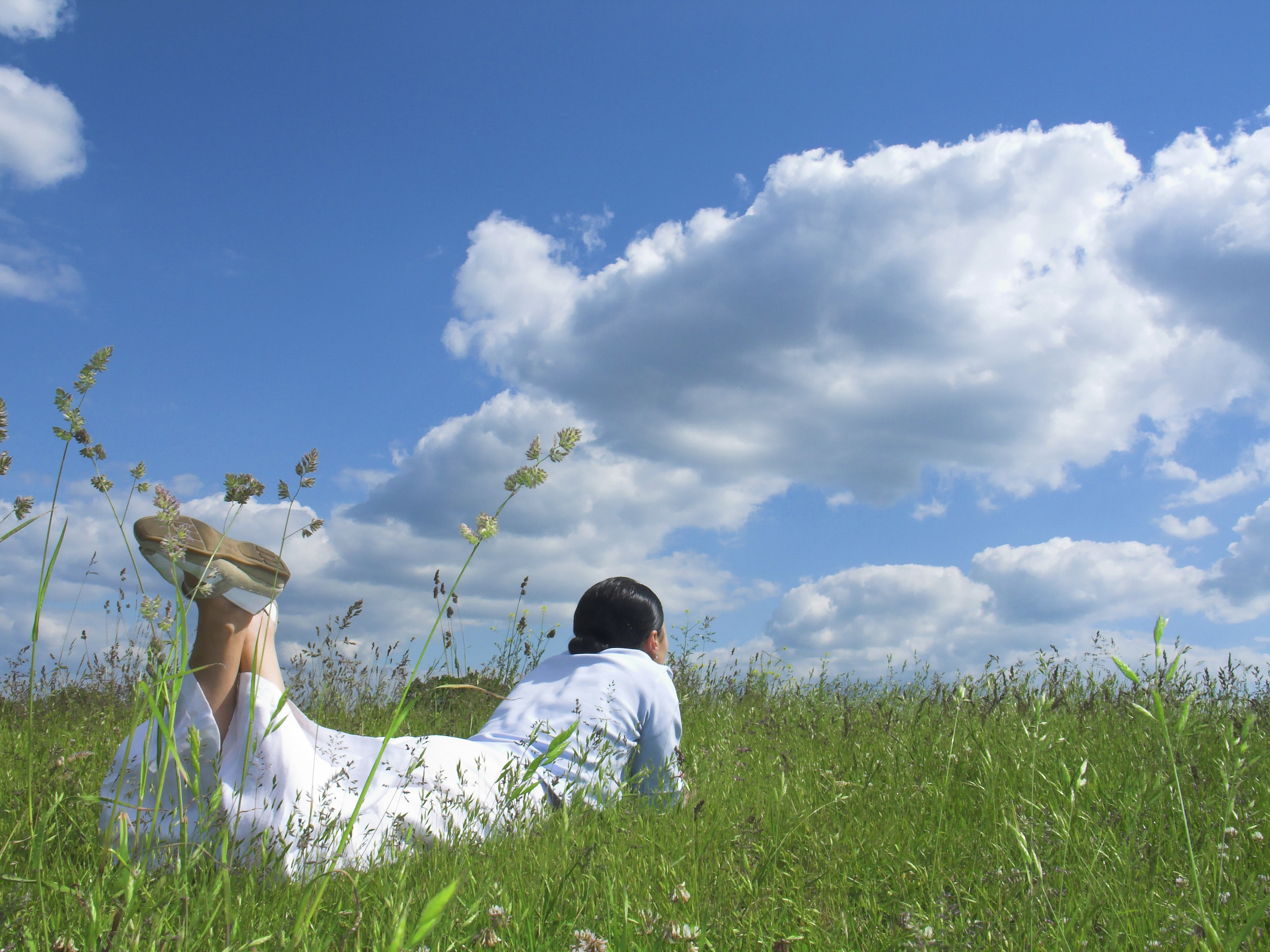 Myth 1: Testosterone is a “male” hormone.

While it is true that men have higher levels of testosterone, the most abundant sex hormone present in a women’s body is also testosterone. Oestrogen (typically referred to as the “female” hormone), although present throughout a women’s life, is found in concentrations 10 times lower than that of testosterone. Testosterone, in balance with lower doses of oestradiol, is equally important for both sexes.

Fact: testosterone is the most abundant and biologically active hormone in women.

Myth 2: The only role of testosterone in women is for sexual desire and libido.

Another misconception, given that testosterone receptors are found in practically all tissues of a women’s body. Testosterone and its precursors decrease with age, and pre and postmenopausal women may experience symptoms of androgen deficiency such as: mood disorders, lack of well-being, fatigue, loss of bone density and muscle mass, mental dullness, memory disorders, hot flushes, joint discomfort, and sexual dysfunction etc.

Fact: testosterone is essential to a woman’s physical and mental health.

Restoring a woman’s ideal hormone levels (to that which we had between the ages of 18-25 years old) far from making you more masculine, can in fact make you more feminine. Treatment should not be confused with the high supra-pharmacological doses which are administered to patients requiring more drastic changes due to gender issues; in which case, symptoms are still reversible by merely reducing the dosage.

Hoarseness of voice can affect us at different times due to inflammation or infection of the throat, but is always reversible. There is no procedure whereby testosterone could produce such a phenomenon; even in cases of high doses of other androgens, there is no clear evidence of producing a deeper voice or any irreversible changes to the vocal chords.

Fact: there is no evidence that testosterone changes your voice.

Hair loss is a complex and multifactorial process which is also genetically determined. “Androgenic” alopecia refers to the similar type of pattern baldness commonly found in men, not referring to the cause, but rather to the defined pattern. In any case, it is dihydrotestosterone (DHT), and not testosterone, which is involved. Obesity and insulin resistance, as well as alcohol, a sedentary lifestyle and some medications, can increase the conversion of testosterone to DHT and oestradiol in the hair follicle.

Approximately one third of women experience brittle hair and hair loss with age, which often coincides with a decrease in testosterone levels. However, there are studies in which hair regrowth has been achieved due to subcutaneous testosterone implants in such women.

Fact: testosterone does not cause hair loss; in fact, in some cases it can improve hair regrowth.

Myth 6: Testosterone has adverse effects at a cardiovascular level.

Unlike synthetic anabolics, there is no evidence that testosterone has any adverse effect at a cardiovascular level. In fact, its replacement has a beneficial effect on the metabolism of glucose and lipids, as well as on the maintenance of “lean mass” in both men and women’s bodies.

The most complete meta-analysis 3 carried out on this topic shows that there is no greater cardiovascular risk with testosterone replacement therapy; in fact, a lower occurrence of cardiovascular disease has been demonstrated in some groups (those presenting a higher cardiometabolic risk).

Fact: there is substantial evidence supporting the cardiovascular safety of testosterone, which even indicates a likely protective effect.

Myth 7: Testosterone damages the liver and can cause “clotting” (venous thromboembolic disease).

This is an “imported” rumour from the world of anabolic (synthetic androgens) over-use, which when taken orally in high doses, can in effect, cause liver damage. The truth is that parenteral testosterone (gels, skin patches or subcutaneous implants) avoids that first step through the liver and thus has no adverse effects (i.e. there is no increase in transaminase enzymes nor any alteration to the factors that affect blood clotting). There is therefore no relationship between testosterone administered in this way and the occurrence of blood clots (thrombosis, embolism), unlike synthetic steroids, or oestrogens taken without progesterone and progestins.

Fact: non-oral testosterone does not damage the liver or increase blood clotting.

Although the use of anabolics at high doses can cause aggression and attacks of “rage” (hence the rumour), this does not happen with testosterone. Even with supra-pharmacological doses of intramuscular testosterone, there has been no clear onset of aggression.

As has been previously mentioned, in cases of obesity, alcohol consumption, or a marked sedentary lifestyle, the conversion rate of testosterone to oestradiol can be seen to increase. The effects of excess oestrogen (oestradiol and its derivatives) however, have been associated with irritability and aggression in other species. In fact, in women presenting symptoms of androgen deficiency, treatment with testosterone has been shown to improve anxiety and irritability in more than 90% of cases2.

Fact: testosterone therapy is not linked to aggression; even in women suffering from testosterone deficiency, therapy improves anxiety and irritability.

Myth 9: Testosterone may increase the risk of breast cancer.

Since 1937, it has been known that the development of breast cancer is usually dependent on oestrogen. Testosterone, however, could play a possible role in slowing down the growth of breast tissue, and may even be a treatment for breast cancer.

In recent studies, in which testosterone was administered together with an aromatase inhibitor (preventing any conversion into oestrogen), they found the tumour to reduce or even disappear5.

Fact: testosterone does not increase chances of breast cancer; in fact, it could help to prevent it.

Myth 10: the safety of testosterone use in women has not been tested.

Data of treatment at very high doses in transgender patients has existed for more than 40 years, and has shown this treatment to be safe. Any side-effects have been the consequence of oral intake (which is no longer used) or due to the conversion to oestradiol (which is rarely a problem at the doses used for bioidentical hormone replacement).

Fact: the safety of non-oral testosterone use has been well established in women for cases of very long-term treatments.