A round with testosterone

An article published in El Confidencial erroneously warns readers of the risks of testosterone.

The article, entitled “Low testosterone clinics come to Spain: the remedy could be worse than the problem”, reignites a debate that has been taking place in the United States for 10 years.  Despite opposition and general reluctance from the National Health System to introduce proactive measures for the improvement of health, there are more and more well-trained and informed doctors who are in favour of such treatments. Meanwhile there are patients who receive treatment, men and women, who are known to feel better and are less likely to suffer diseases.

Despite opposition from the FDA and other institutions, there has been an exponential increase in the use of testosterone thanks to the improvement in the quality of life perceived by patients.

In recent weeks there has been news relating to treatment with testosterone that deserves further discussion. Specifically, on 7th January, the digital newspaper El Confidencial published an article entitled “Low testosterone clinics come to Spain: the remedy could be worse than the problem.” Some of our patients were interested to hear from our medical director, so we felt it appropriate to publish this article and share our perspective on this issue.

In the article published in El Confidencial, reference is made to the arrival of a successful chain of clinics called “Doctor T” in Spain, which has been operating in the US and Australia for a number of years and is dedicated to the treatment of androgenic deficiency in adult men or low testosterone syndrome and the associated symptoms. The article also warns of the risks associated with this type of treatment by reference to 4 physicians (two family doctors and two urologists are interviewed) who are against treatment and a doctor who is in favour, the director of the Spanish clinic. 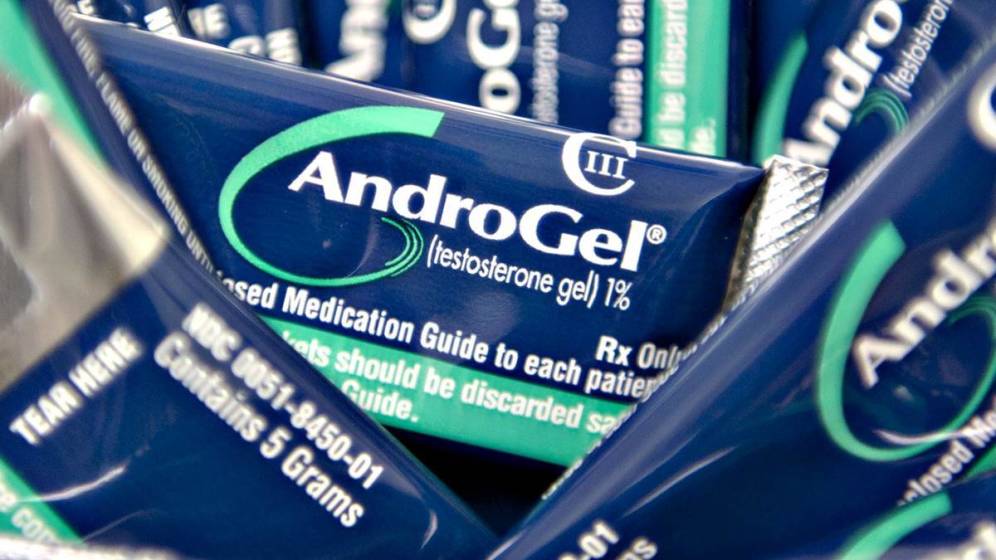 The same debate about testosterone and these clinics, called “Low-T clinics” has existed in the USA for a number of years. It seems that the article in El Confidencial was inspired by many similar articles that have appeared in the United States in the last 5 years. This debate is normal and logical and we are certain that there will be much more debate in Spain in the near future. In general terms we are about 5-10 years behind what happens in the US.

Despite opposition from the FDA and other health institutions regarding the use of testosterone to prevent disease and improve quality of life there has been an exponential increase in the use of testosterone. The reason is simple: the patients who receive treatment, men and women, feel better and there are more and more well-trained and informed doctors who do not believe what the institutions have stated. This has remained the reality and the use of testosterone has continued to increase during the last 15 years, despite all the negative news that appears in the press from time to time. There are many scientific studies on the positive effects of testosterone but these studies rarely come to light.

It is not true that there is not “enough” scientific literature to endorse the use of testosterone as a means to prevent disease and improve the quality of life. The argument that “there is not enough scientific evidence” is always used when a person or persons wish to move against a treatment or clinical method. However, there is much more scientific evidence in favour of testosterone based treatment than there is for dozens and dozens of interventions that are made each day as part of normal clinical practice within the National Health System. From surgical interventions to inefficient antihypertensive treatments, including the administering of certain psychotropic drugs…

So why is the profession against such preventive use of testosterone and an improvement in the quality of life? In our opinion it is because most of the health institutions and doctors are anchored in the curative and reactive medicine which was the norm in the 20th century. This is what is known as an anchor bias or anchoring bias, which is nothing more than a human tendency to resist innovation and changes in opinion. If there is no disease present, you should not intervene. The Medical Paradigm of the XXI Century, preventive, proactive, personalised… This new paradigm will take a few decades to disseminate fully across all medical faculties and consequently, into clinical practice. Curative medicine argues that you should “take no action unless it is necessary and the cure is achievable”, whilst preventive medicine states “continue the action if the measure is likely to prevent the condition worsening or improve the patient’s quality of life”. The first group argues in favour of medicalisation of the healthy, whilst the second group, which we support, argue deference should be shown and complacency of the former. The future lies in the prevention of diseases during their subclinical phase. Also, is it really wrong to attempt to make people better? It is a debate similar to on going debates in other areas of medicine (blood transfusions, for example). In our opinion, to hold the contrary position is prudish, alarmist, conservative and self-serving.

The controlled and correctly prescribed use of testosterone is very safe, with a very low percentage of side effects and the number of patients adversely affected is equally low.

In the article published in El Confidencial, it is argued that “ageing is a normal physiological process and can never be classified as a disease”. Obviously it is a natural physiological process, but it is not desirable. Furthermore, the latest scientific advances show that it is the main cause of non-communicable diseases (cardiovascular, cancer, neurodegenerative, metabolic and osteoarticular) and some well-known researchers have begun to discuss ageing in terms of a disease. What is wrong with fighting the symptoms and diseases of ageing? Why subject ourselves to ageing if we can age slower?

As for the argument that alludes to doping in an attempt to demonise testosterone – this is as simple as attempting to demonise sex by referring to prostitution or referring to money when we talk about corruption. Furthermore, many common medications, such as Couldina or Frenadol are also doping substances…

Curiously, there is a struggle between doctors of different specialities who are seeking to monopolise the therapeutic use of testosterone. In general, urologists are the most demanding in this regard and argue that management of the treatment is complicated and difficult, as well as arguing that the male hormone is essential in this regard. But testosterone has beneficial effects on a number of different organs and systems. This is why psychiatrists, endocrinologists, cardiologists, gynaecologists, oncologists use testosterone in the US… and this is what will happen here in the near future, as the latest advances and publications on the beneficial effects and clinical management of the hormone will be known by the medical collective in Spain.

Risks associated with testosterone? The controlled and correctly prescribed use of testosterone is very safe, with a very low percentage of side effects and the number of patients adversely affected is equally low. Certain commentators have attempted to attribute numerous serious side effects to the use of testosterone but one by one these have been proven to be inaccurate or brought into question by later publications (below we have included some articles which review this topic in greater detail). However, it should be noted that testosterone should only be administered and monitored by an experienced physician.

In conclusion, the use of testosterone in cases where it is not used as part of an ongoing treatment for a disease, but to improve the quality of life and prevent diseases is an excellent option that should be proposed to patients along with sufficient information to ensure they can make an informed decision.

Blog articles on testosterone in men:

Blog articles on testosterone in women: