Progesterone is produced in the corpus luteum of the ovaries, a temporary gland that is developed once the egg is released from the ovary after it has matured. The Replenish study showed an improvement in the quality of life of patients who received this therapy.

Studies show that progesterone is able to reduce hot flashes associated with menopause even in the absence of treatment with estradiol. It is converted into allopregnanolone in the brain, which produces effects on the GABAergic system and induces sleep. Also, when used in conjunction with estradiol, it improves bone mineral density (BMD), among many other benefits.

Is it merely the inevitable companion of estradiol in Hormonal Replacement Therapy for menopause?

Progesterone is produced in the corpus luteum of the ovaries. It’s a temporary gland that is developed once the egg is released from the ovary after it has matured. 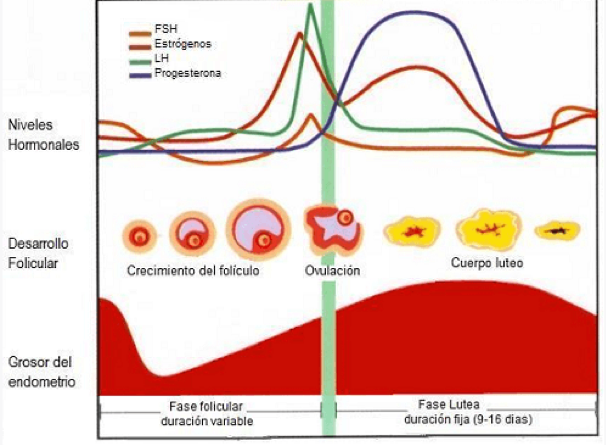 The adrenal glands and the uterus may also produce some progesterone. Progesterone helps prepare the body for pregnancy and causes the endometrium to thicken to receive the fertilized egg. If fertilization does not occur, the corpus luteum is destroyed causing a sharp decrease in this hormone, which in turn causes the endometrium to detach, leading to the onset of menstruation. If the egg is fertilized, the corpus luteum is not destroyed and continues to produce progesterone which, among other things, increases the blood supply to the endometrium, which allows nutrients to reach the embryo that is being formed. When the placenta forms, it also produces progesterone. Levels remain high throughout pregnancy.

Use in HRT (Hormone Replacement Therapy)

The known use of progesterone in this type of treatment is to prevent the proliferation of the endometrium and endometrial cancer when we use estradiol to replenish hormonal levels during menopause and to reverse the harmful effects that accompany the climateric, which are widely known (1).

In addition to these effects mentioned above, when used in the context of Hormonal Replacement Therapy (HRT) in menopause, progesterone is very beneficial in premenopausal women as it combats PMS symptoms, and decreases swelling and headaches associated with the menstrual period (6).

In terms of sexual arousal, a study shows that progesterone increases the activity of nitric oxide synthases, thus increasing vaginal relaxation and vascular blood flow in sexual arousal. Its effect on the GABAergic system would also intervene in sexual motivation.

At Neolife, we understand the various beneficial effects of this hormone, all of which we have tried to present in this article. We are proud to help many women by including it in their treatments.