A recent study has stated that people with subclinical hypothyroidism are almost twice as likely to have diabetes.

The study analyzed patients and noted that those with a TSH of 4 mIU/L had a 35% greater chance of developing diabetes than those with a TSH of 0.4 mIU/L (who had only a 19% chance). Although the authors are not fully aware of the intimate mechanism or reason for this association, the hypofunction of thyroid hormones would appear to have a direct impact on the development of prediabetes and diabetes.

Subclinical disease, a key phase in the prevention of diseases such as hypertension, diabetes or hypothyroidism.

The approach taken in relation to the disease during the subclinical phase is one of the principal objectives of the MP4 (Preventive, Proactive, Predictive and Personalized Medicine) or Age Management Medicine approach. The subclinical phase is the phase in which the disease has not yet developed into symptoms or signs that may help us classify the disease as such; it is a grey area where you have a disease but do not have any symptoms. But we all know, using simple logic and common sense, that many diseases can not be defined by an arbitrary red line drawn by a human. For example, the definition of hypertensive is when the systolic blood pressure exceeds 140 mmHg and/or the diastolic pressure exceeds 90 mmHg; so if my blood pressure is 135/85 mmHg, I am not hypertensive. You are diabetic if your fasting glucose is more than 126 mg/dL; so if I have a fasting glucose of 120 mg/dL, I am not diabetic. You have a hypothyroid if your TSH (thyroid stimulating hormone) is above 10 mIU/L; so if my TSH is 3.7 mUI/L, I do not have a hypothyroid. But the reality is that in the three examples above I could be pre-hypertensive, pre-diabetic and have a sub-clinical hypothyroid. And here is the key to MP4: take action at this crucial phase in the disease, before it is too late.

Thyroid function tests consist of a group of key biomarkers in our protocols. These biomarkers are TSH (thyrotropin: thyroid-stimulating hormone), free T4 (thyroxine) and free T3 (triiodothyronine). According to the ATA (American Thyroid Association), the possible causes of hypothyroidism include: congenital defects or autoimmune diseases, total or partial surgical resection of the thyroid gland, radioactive treatment, inflammation (thyroiditis), iodine deficiency or excess iodine in the diet, a side effect of some medication or damage to the brain localized in the pituitary gland. However, there is another cause: our own ageing. 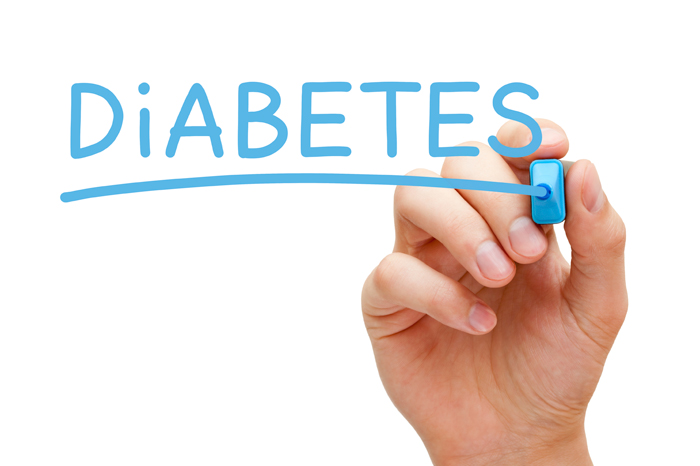 A recent study has confirmed that there is a correlation between subclinical hypothyroidism and an increased likelihood of developing prediabetes and diabetes.

The endocrine function of most of our glands deteriorates with the passage of time: this is part of the programmed senescence (aging). Like testosterone plasma levels, the growth hormone or estradiol decline with age (and time) and the same takes place with the thyroid hormones, although to a lesser extent. The reality remains that as we age our thyroid function lowers in the thyroid gland (especially in women) which could be defined as evidence of sub-clinical hypothyroidism. This is particularly true when combined with slightly elevated TSH values, but normal free T4 and free T3 values, as well as non-specific symptoms including fatigue, weight gain, coldness, capillary fragility, dry skin, etc.

A recent study presented a month ago at the annual Endocrine Society Conference (ENDO 2016) held in the Netherlands (1) has confirmed the correlation between subclinical hypothyroidism and an increased likelihood of developing prediabetes and diabetes. The study assessed 8,452 people over 45 who lived in Rotterdam. Over the course of approximately 8 years, 1,100 of them developed prediabetes and 798 developed diabetes. When their TSH values were analyzed it was found that those with a TSH level of 4 mIU/L had a 35% chance of developing diabetes compared to those with a TSH level of 0.4 mIU/L who had only a 19% chance of developing the condition. The authors do not fully understand the intimate mechanism or reasons behind this association, but have stressed that given that thyroid hormones are important as part of the normal energy metabolism and for proper weight control, their hypofunction could have a direct impact on the development of prediabetes and diabetes.

Hormonal and metabolic optimization is one of the pillars of the Neolife anti-ageing medical programs. What nature denies us through programmed senescence (aging), we can safely restore thanks to hormone replacement therapy with bioidentical hormones. An optimization of thyroid function will not only improve symptoms such as tiredness, weight gain, dry skin and brittle hair but also help protect us from diabetes and cardiovascular disease.