A recent study published in the Obesity Research & Clinical Practice journal has demonstrated a relationship between weight gain and factors other than diet and exercise.

These factors include the use of chemical products (pesticides and preservatives), the taking of antidepressants and the consumption of hormone-treated meat. In addition, the excessive use of fertilizers and the increase of Co2 in the atmosphere, amongst other causes, have caused foods to be deficient in minerals and vitamins.

A recent study has stated that it is more difficult to maintain the same weight now than it was 30 years ago because there are several factors in modern society that favor obesity.

The Mediterranean Diet (MD) is a way of preparing and eating food which promotes a healthy lifestyle that has been associated with a greater life expectancy as well as increased protective effects against different chronic diseases, as we have mentioned in previous articles. However, as the years have gone by, our habits have progressively worsened: we now consume more and more processed foods which contain large quantities of sugars, fat and starch.

Numerous clinical studies during the last decade have consistently shown that this type of diet, when coupled with our predominantly sedentary lifestyle has led many of us to suffer heart attacks and other diseases such as cancer, strokes, diabetes, osteoarthritis, osteoporosis, senile dementia and obesity. However, a recent study published in the specialist Obesity Research & Clinical Practice journal (1) has provided us with a new hypothesis concerning increases in body weight that goes beyond simply diet and exercise.

The researchers studied the diet of 36,400 American participants between the years 1971-2008 and the physical activity of 14,419 participants between the years 1988-2006. They analyzed the amount of food ingested, activities undertaken, age and body mass index (BMI) and concluded that today it is more difficult to maintain the same weight as 20 or 30 years ago but that it was not due to the fact that we eat more or exercise less. It was found that despite consuming the same amount of food (kilocalories, macronutrients etc.) and undertaking the same amount of exercise the participants achieved a lower BMI in the past than they manage today.

The authors also attributed the increase in obesity to a number of external factors including: chemical products (pesticides and preservatives) that alter hormonal processes; the taking of antidepressants, such as Prozac (often associated with weight gain); or the consumption of hormone-treated meat, which is causing modifications to the microbial flora (intestinal bacteria that predispose us to gain weight).

Although this study seems to confirm that there are other factors that could affect the current obesity trend in society, we should not deceive ourselves: the principal causes for obesity remain nutritional changes in our diet and our sedentary lifestyle.

Another study conducted in 1994 has shown that the iron content of spinach is now 75 times lower than it was 25 years ago.

But the question should still be asked: Do we have the same diet as we did 30 years ago? We have more information available to us on how important it is to have a healthy and balanced diet in order to ensure that our body is able to function and develop properly with all the nutrients it requires. Nevertheless, the excessive use of fertilizers and the increase of Co2 in the atmosphere, amongst other causes, have caused foods to be deficient in minerals and vitamins.

In 1994 Linda Grove, in her book entitled August Celebration, explained that farming hundreds of times in the same lands repeatedly over the years has caused the vitamins and minerals in food to reduce greatly. In her study she indicated that in 1948 one spinach plant contained 158 milligrams of iron per 100 grams; 25 years later the same amount of spinach contained less than 2.2 milligrams of iron. That is to say, today to get the same amount of iron as we did 50 years ago we would have to eat 75 servings of spinach. 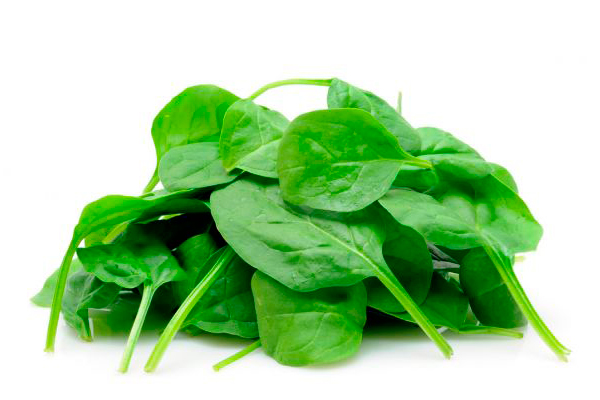 According to recent research, certain cereals and legumes will contain less nutrients than they have in previous years due to the effect of increasing levels of CO2 in the atmosphere.

Another study published in the scientific journal Nature (2) has shown that as carbon dioxide (CO2) levels rise a number of cereals and legumes will become less nutritious. The researchers analyzed 20 experimental sites across several different countries such as Australia, Japan and the United States, to determine the effect the increasing C02 levels are having on our crops. During the study all growth conditions were maintained the same (sunlight, soil, water, temperature) and a tube system known as Free Air Concentration Enrichment (FACE) was used, which pumps CO2 concentrations into the air. This allows the researchers to adjust the concentration to 550 parts per million (pppm), which is the level that the planet is expected to reach by the year 2050.

This experiment revealed that levels of zinc, iron and protein will decrease in rice, wheat and soybean crops when Co2 levels reach the aforementioned level. Unfortunately this means that no matter how much we manage our diet and no matter how healthy and balanced our diet may be, the natural foods we consume do not contain sufficient concentration of certain micronutrients to allow us to live healthily. As civilization has developed, food has changed and we now suffer the effects of nutritional deficiencies in our everyday diet. Consequently, we consider nutritional supplements to be essential elements for all our clients as they help to maintain our biomarkers at optimal levels, and thus, our clients are free to enjoy their good health.

As part of the Neolife anti-ageing medicine programs we prescribe nutritional supplementation whenever it is necessary or appropriate to compensate for a known deficiency or to encourage preventive effects. The concept being that what the food cannot provide you with can be provided through the nutritional supplements.