The consumption of chocolate helps protect your brain and your heart

A traditional cup of hot chocolate at Christmas can bring great health benefits, mainly in terms of your cardiovascular health.

Despite the traditional stigma associated with chocolate, more and more studies have demonstrated the cerebrovascular and cognitive benefits.

Drinking a cup of hot chocolate during the Christmas celebration is a Spanish tradition and is still practiced in the 21st century.

In the past, the consumption of chocolate was very high: people drank hot chocolate on an empty stomach, before going to bed, when they visited friends and family or attended social events. This tradition has extended to Christmas, in addition to being a very important holiday, because the holiday coincides with the fast of December 24, in which chocolate was consumed to resist eating other foods until the Christmas Eve dinner.

However, the consumption of chocolate has been derided for years as the subject of countless accusations, from the source of infantile cavities, migraines and acne, to being a cause for obesity and metabolic disturbances. However, not everything that has been considered is necessarily negative. New research over the years has opened new avenues and perspectives in the field of cardiovascular health. 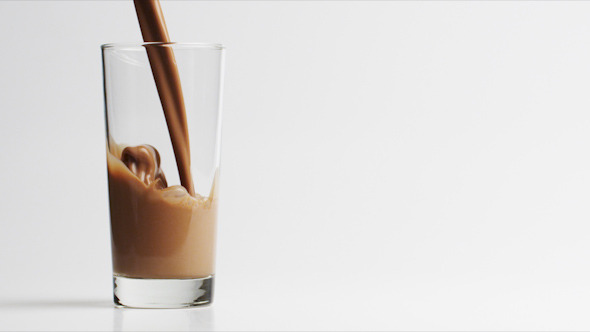 At Neolife we have previously explained how having a cup of hot chocolate can help keep our brain healthy by improving blood flow, reducing the risk of suffering strokes and improving cognitive abilities.

The Journal of Nutrition (1) recently published a systematic review of a meta-analysis of 19 randomized trials, which showed that cocoa consumption has a positive effect on several biomarkers used to measure heart health.

According to the researchers, the differences between those who ate cocoa products and those who did not are small, but statistically significant.

As we mentioned in the previous article, some of these benefits are due to the presence of cocoa-containing compounds, called flavonoids (antioxidant substances that fight free radicals and protect DNA, which is also present in other foods such as olive oil or tea).

The greatest effects were observed amongst trial volunteers who consumed between 200 and 600 milligrams of flavonoids per day (based on their cocoa intake).

However, everything that glitters is not cocoa: chocolate additives do have negative effects on health.

It must be noted that the majority of cocoa products on the market contain additives -simple sugars and vegetable oils, which can add to their saturated and partially hydrogenated trans fat composition-, with the result that the benefits described concerning cocoa can transform into the case of chocolate is a problem rather than a heart-healthy benefit. We must bear in mind that chocolate has a high-energy density, both in terms of the fat content (approximately 35g/100) and in terms of sugars (45g/100g, the equivalent of 3-4 individual sugar cubes). In fact, it is important to understand that 100g of chocolate contributes about 500 kcal. On the other hand, most products derived from cocoa have a concentration of pure cocoa that is less than 50% which means that they possess less flavonoids and consequently their antioxidant effect decreases.

At Neolife we ​​introduce chocolate and cocoa derivatives within the context of a healthy diet, in moderation and in the highest concentration of pure cocoa possible (more than 75%).