Clinton, Trump and Neolife, the presidents of medicine

Both candidates for the White House, Hillary Clinton and Donald Trump have presented tests and prescriptions used in Age Management Medicine.

Following the recent health problems with the Democratic candidate, both aspiring US Presidents have shown that they use preventive anti-ageing medicine as part of their personal health regime: calcium scoring, thyroid function assessment, chest x-ray, resting electrocardiogram, body mass index, supplementation using Armour Thyroid and vitamin B12 etc. represent just some of the parallels we have observed with medicine that we practice at the Neolife clinic.

The candidate for the President of the United States Hillary Clinton subjects herself to Calcium Scoring and takes Armour Thyroid, two key elements in Preventive Anti-ageing Medicine.

During the past weeks there has been widespread media hype about the health of the prospective presidential candidates, Hillary Clinton and Donald Trump, following the recent public illness of the former during the commemorative events surrounding 9/11. A few hours after this event, the offices for both candidates rushed to disclose their medical data to evidence the health and suitability of each to hold such high office within American politics. On the one hand, Dr. Bardack, a New York internist and Hillary Clinton’s personal physician, presented a two-page document. On the other, Donald Trump discussed his health live on the famous Dr. Oz program by referencing data provided by his doctor, Dr. Borstein, a gastroenterologist from New York.

Regardless of the fact that Hillary Clinton, 68 suffered an illness of some sort in public the document confirmed that she was suffering from an acute episode of pneumonia which was being treated with an antibiotic and that her health was otherwise good. Her calcium score, amount of calcium in her coronary arteries is stated to be “zero”, that is to say, there is no calcified plaque in the coronary arteries, which is considered very good news from the point of view of cardiovascular health.

In view of the limited nature of the medical data disclosed, we have noticed some parallels with our tests and prescriptions that we provide at Neolife. 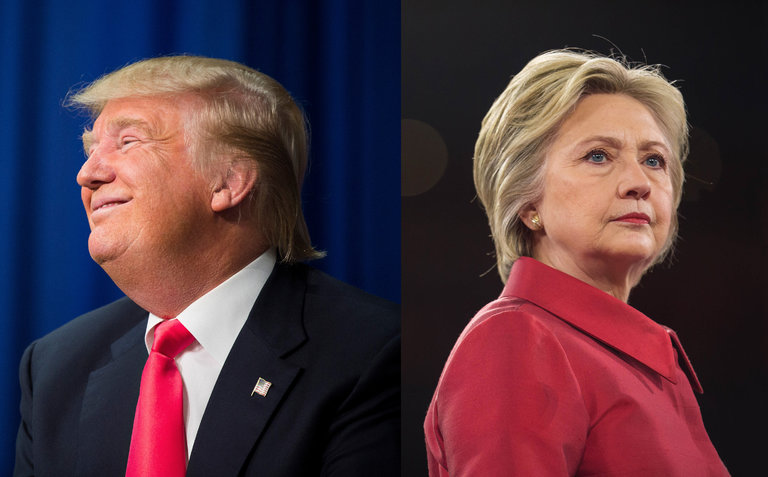 The determination of a calcium score is one of the routine cardiovascular prevention tests we carry out at Neolife. This is probably the most important test to undergo in the prevention of myocardial infarctions, for those in the high risk band of cardiovascular risk factors according to the Framingham formula. Measuring your cardiovascular risk according to your age, sex, total cholesterol, HDL (good) cholesterol, blood pressure, whether you smoke or not and whether you are currently taking any antihypertensive drugs is a crude way to predict whether or not you have atheromatous plaque. Even more so when a simple short test that is not invasive with minimal risk of radiation can allow you to see whether or not there is atheromatous plaque and put aside presumptions and conjecture about atheromatous plaque. This is the reason why most of our patients know whether or not they have plaque prior to determining other coronary risk factors. It is important to note that one third of deaths from acute myocardial infarctions occur in patients who have never previously presented symptoms or signs of coronary heart disease. These deaths may have been preventable if the plaque had been noted prior to the fatal event.

On the other hand, Mrs Clinton is taking Armour Thyroid, one of the “leading” therapies provided as part of Age Management Medicine in the USA. Armour Thyroid is a combination of two thyroid hormones, T4 and T3 which uses an approximate 80/20% ratio. There are no such combination treatments available in Spain: the treatment of hypothyroidism is completed solely using T4. However, numerous studies have demonstrated improved clinical results when T4 is combined with T3. In addition, as the Clinton medical report states, she is taking Armour, not because she has hypothyroidism, but an underactive thyroid. That is to say, the symptoms do not meet the diagnostic criteria for hypothyroidism, but she continues to suffer the symptoms associated with a thyroid gland deficiency. In Age Management Medicine this is treated and not allowed to develop, in essence to prevent suffering. Yet, the patient cannot be treated until the analysis has been completed… Some of our patients receive a prescription for Armour Thyroid in the US, but the majority who need this combination of thyroid hormones are prescribed a master compound.

In the case of Trump (70 years old), the report provided by his doctor, Dr. Borstein included the following information:

Again the data provided by Trump’s doctor is often provided to patients at the Neolife clinic.

In light of the limited data from both candidates it would appear that Hillary Clinton is in better health than her opponent, particularly in terms of cardiovascular health. And we must not forget that cardiovascular disease is the leading cause of death in developed countries.