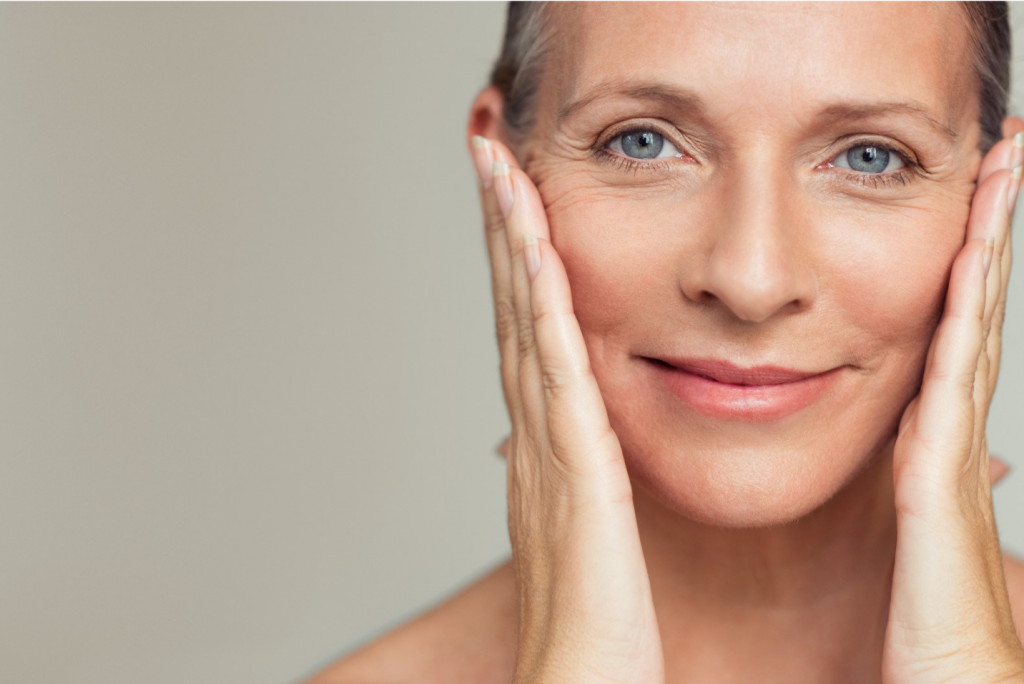 The Exposome and the Medicine of the Future

The exposome is defined as the set of non-genetic factors to which we are exposed throughout our lives and which condition our state of health and disease.

The WHO estimates that approximately 25% of diseases are related to these non-genetic factors, which could be avoided. Therefore, it provides extremely valuable information in the design of preventive, diagnostic, and therapeutic strategies in the medicine of the future.

What is the EXPOSOME? 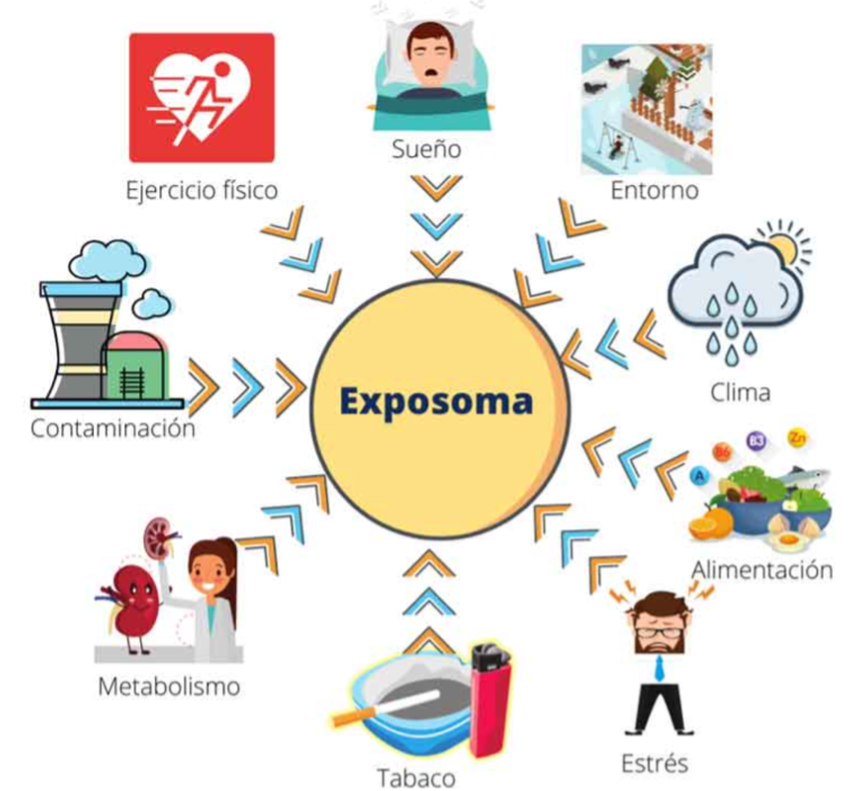 The set of traits presented by each individual is what we call phenotype, which is the product of each person’s gene combination (called a genotype) within a given environment.

What we understand as an exposome, a term coined by C. Wild in 2005, is the set of environmental (non-genetic) factors to which each individual is exposed from the moment of conception and which may condition the state of health or disease.

This name encompasses multiple factors, which also vary over time, and which we may group into 3 categories or domains:

Variability and susceptibility windows of the exposome

In order for non-genetic factors to impact our health, they need to be able to alter biology at different levels (altering the microbiota, interacting in metabolic processes, decompensated the usual cellular pathways…).

That’s why the exposome is especially difficult to cover. Not only because of the variability of its nature but also because it is modified over time, that is, it is dynamic.

Its effect depends on the dose or the level of exposure, as well as the moment in which it occurs, so we are talking about intrapersonal variability.

And this effect does not turn out to be the same in all individuals, with population groups that are more susceptible than others, also leading to interpersonal variability.

On the other hand, it is worth mentioning the existence of windows of susceptibility, which are the specific periods throughout an individual’s life in which they are especially sensitive to certain exposures. An example is the special susceptibility to many factors at early stages of life, which may condition important events in later stages.

How do we study the exposome?

Due to the complexity of the term exposome, the approach must be multidisciplinary and comprehensive.

To obtain the data for the study of the exposome, biomonitoring is the most widely used strategy. There are two types of biomonitoring, which in turn complement each other by providing a more complete picture:

The biomarkers in turn may indicate:

The exposome in health and disease

According to the WHO, among the top 10 causes of death linked to a person’s life environment we find cardiovascular disease, cancer, and respiratory diseases.

The role of an individual’s diet on the cardiovascular system is well known. For instance, a diet rich in salt or fat may lead to high blood pressure or dyslipidemia, which in turn are risk factors for atherosclerosis, myocardial infarction, or stroke.

The microbiota is also widely related to the risk of cardiovascular disease. Certain foods and components of the gut flora have been linked to a higher risk of atherosclerosis. An example is L-Carnitine, which is found in meats or dairy products and is metabolized by the gut microbiota generating, among other compounds, N-trimethylamine oxide, which promotes cardiovascular inflammatory processes.

Pollution, noise, or lifestyle habits are also factors that may be avoided and help lower the incidence of cardiovascular disease.

Early identification of these exposure factors and their elimination are key strategies in the development of preventive plans based on each individual’s exposome.

Cancer is a multifactorial disease, and a large number of the factors involved are still unknown. However, it seems clear that some non-genetic factors are linked to the development of cancer,

One factor typically linked to skin cancer is exposure to the sun. UV radiation is known to cause mutations in skin cell DNA.

Additionally, some substances, like pesticides, some air pollutants, toxic substances that are present in certain foods or water (e.g. arsenic), as well as others like physical activity or circadian rhythm are also closely linked to skin cancer.

Breast cancer is also influenced by the exposome. Exposure to certain substances, like dichlorodiphenyltrichloroethane (DDT), polycyclic aromatic hydrocarbons (PAH), and heavy metals during certain susceptibility windows (such as the prenatal stage, gestation, or menopause) are strongly linked to the development of this pathology.

Lung cancer has smoking as its main non-genetic risk factor. Between 80 and 90% of lung cancers occur in smokers or former smokers.

Once again, smoking is responsible for chronic respiratory pathologies such as COPD or asthma. Moreover, exposure to cigarette smoke during the prenatal phase also increases the risk of alterations in the fetus’ lung function and the development of diseases.

Allergies and asthma are closely linked to environmental pollutants. Climate change, urban pollution, and biodiversity loss are key to the development of allergies.

The exposome also plays an important part in the development of endocrine pathologies. Some compounds have recently been shown to act as endocrine disruptors by altering hormonal pathways. These molecular compounds have structures that are very similar to some hormones, and through these, they can impersonate them at different steps in the operating pathway.

One example of these endocrine disruptors are the phthalates used as plastics, which are found in PVC, cosmetics, or hygiene and personal care products. These high lipid compounds, once in the bloodstream, may advance to any part of the body. In testes or ovaries, they are able to alter the secretion of hormones and cause fertility problems.

Additionally, an unhealthy diet, a sedentary lifestyle, or specific environmental components may play a key role in the development of DM II.

The exposome and the aging process

Aging is a natural and physiological process,

At the molecular level, it results in genomic instability, wear and shortening of telomeres, and a series of epigenetic changes that lead to an alteration in mitochondrial function and cellular senescence.

However, we don’t all age the same way. Aging is a biologically complex process, involving genetic and environmental factors. It is the exposome that is responsible for making a difference towards healthy aging with a similar genetic component. Some non-genetic factors have been associated with the maintenance of telomeres which is a great measure in the assessment of aging.

Pollution, smoking, obesity, and poor sleep quality are known to have a negative effect on the telomere length,

And so, the study of the influence of the exposome on cellular aging may be the key to the medicine of the future and to achieving a healthy aging process.