A thin-looking person may, despite appearing thin, have a problem in common with an obese individual: an increase in visceral fat. This type of fat has a more dangerous behavior than typical fat located under the skin: it produces hormones, inflammatory markers, and is a predictor of mortality.

The goal, therefore, is to limit an increase in visceral fat. It accumulates differently in men and women. In this article, we will however also discover what attitudes (such as resting after lunch or concentrating the daily intake of fat in one meal) can contribute to an increase of this type of fat. 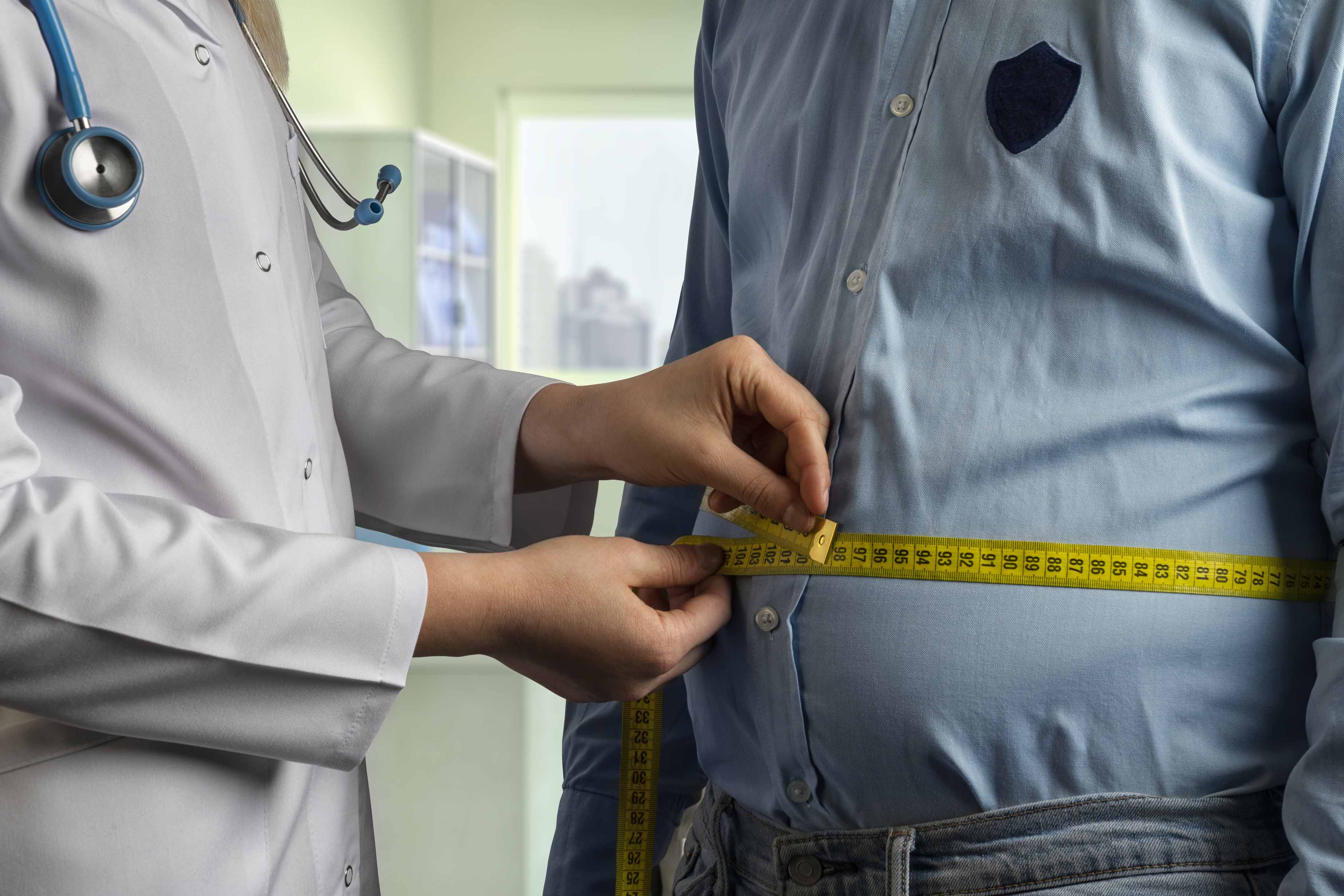 Subcutaneous fat is much more abundant in women.

When visceral fat accumulates, the contour of the abdomen increases, but it must also be remembered that a prominent abdomen also reflects an increase in subcutaneous fat.

Men tend to acquire a rounded silhouette because of the accumulation of fat in the trunk and in the abdomen (android obesity). Premenopausal women (of a childbearing age), on the other hand, will accumulate subcutaneous fat in the hips and in the buttocks (gynoid obesity).

However, women may also have an android phenotype, the most unfavorable at the cardiovascular level.

Although subcutaneous abdominal fat and intrahepatic fat are associated with an increased risk of mortality in men, only visceral fat is a powerful independent predictor of mortality in this group.

Obesity can disrupt the functioning of microvascularization. Studies in animals have shown insulin resistance to decrease the density of blood capillaries and increase their permeability to macromolecules. That dysfunction can lead to the development of hypertension, one of the criteria of metabolic syndrome.

As visceral fat accumulates, macrophage infiltration (immune system cells that participate in inflammation) increases. Macrophages release inflammatory cytokines (such as TNF alfa), causing visceral adipocytes to become insulin resistant and release fatty acids. Foods rich in triglycerides would act in the same way, increasing the flow of fatty acids into the portal venous system (venous blood flow from the gastrointestinal organs and spleen to the liver before returning to the heart).

Fat accumulation is the result of low or inadequate energy expenditure leading to energy accumulation.

Fat catabolism of adipocytes, lipolysis, is mediated by epinephrine. Estrogens reduce lipolysis in the adipocytes of the subcutaneous fat of the buttocks but could increase it in adipocytes of visceral fat.

Men accumulate more fat in the abdominal visceral reserve because this area absorbs more fat in men than in women.

Women can secrete VLDL particles with triglycerides to combat liver fat overloads and they will redirect them from the liver to subcutaneous adipose tissue.

Fat is picked up by the adipocytes from the lipoproteins, lipid particles with triglycerides inside. The organ that secretes the most fat, especially postprandially (after eating), is the small intestine. In women, 5% of ingested fat is stored in intraperitoneal visceral fat but in men that figure comes to 21%.

Absorbed fat is secreted by the enterocytes in two forms: chylomicrons (larger in size) and VLDLs. VLDLs can be produced between meals but chylomicrons depend on fat intake (and if the intake is high in fat, the chylomicrons will be larger in size). Thus, men consume more fat than women and their chylomicrons are larger, making displacement in the lymphatic system slower.

The lymphatic circulation system is a low-pressure system that depends on the contraction of the surrounding muscles like the diaphragm and other abdominal muscles. Prolonged elevation of plasma chylomicrons in men, as well as an increased recovery of lipids infused in the intestinal mucosa when the intestine is overloaded with fat, both support the notion that larger chylomicrons that are preserved for more time in the intestinal mucosa promote the accumulation of abdominal visceral fat.

Intestinal lymphatics with pores (typical of aging processes) allow more chylomicrons to leave the lymphatic lumen and be preserved in the extracellular matrix. Their enormous size can further prolong their retention, allowing their dietary fat to be hydrolyzed and stored by the surrounding abdominal visceral adipocytes.

As for diet, it is recommended to moderate daily fat intake in addition to splitting up fat consumption into several intakes throughout the day.

Now it is easy to understand why sumo wrestlers eat once a day and take a nap afterwards. To keep ourselves healthy and increase our life expectancy, it is better not to follow their example.