Dining early is good for your health and longevity

A recent study has indicated that choosing the right time to eat is as important as what we eat.

The study was conducted on two groups of flies: one of them was allowed to eat throughout the day, whilst the other group was only allowed to eat for 12 hours a day. The study demonstrated that cardiovascular risk and ageing in the fruit flies was reduced in the flies that were subjected to a restricted diet.

The findings from this study on flies may one day lead to benefits in sleep quality and deterioration in heart function in humans.

“Large dinners are filled graves”, “breakfast like a king, lunch like a prince but dine like a beggar”, “lunch little and dine less, the health of the whole body is forged in the stomach”…This is how the popular proverb has spoken to us for centuries, since the earliest times people have spoken about the virtues of having a little dinner to live a long life.

A new study published in the Science journal (1), carried out by researchers from San Diego State University and the Salk Institute for Biological Studies has shown that eating at the right time is as important as what we eat. The study demonstrated that cardiovascular risk and ageing in the fruit flies was reduced in the flies that were subjected to a restricted diet. 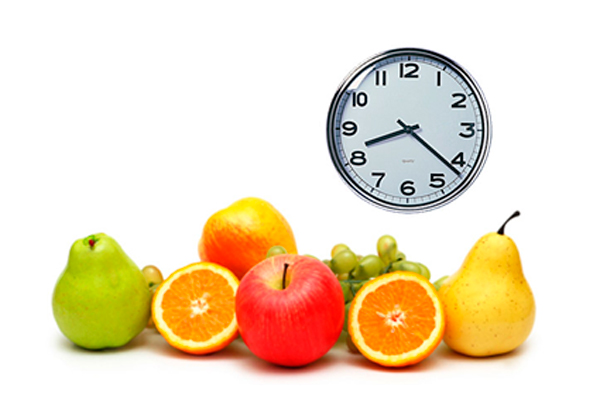 Two study groups were formed: a group of flies who were given a corn flour based diet and were allowed to eat throughout the day; the other group were only allowed to eat for 12 hours each day. The study showed, at three and five week intervals, that the flies that had a caloric restriction benefited from improved sleep, body weight and heart function compared to the flies who ate throughout the day, despite the fact that they ate similar amounts of food. The experiment was repeated several times to verify that the improvement results were due to the restricted intake and the three genetic pathways responsible for the effects were identified.

Although the study was only carried out on flies, the findings from this study may one day lead to benefits in sleep quality and deterioration in heart function in humans, according to the study’s authors.

Previous research (2) has indicated that people who tend to eat and dine later in the day are more likely to develop heart-related diseases than people who stop eating earlier in the day.

Similarly, other research (3) has demonstrated that there are benefits including the prevention of metabolic diseases if the consumption of food is restricted throughout the day, for example, no food consumed after eight or nine o’clock at night until the next day.

Rythmonutrition, the diet at the beat of your body.

The results from the study add further support to chronobiology (the science that studies the biological rhythms of the body) and more specifically to rythmonutrition, which allows nutrients to be added to the body at the precise moment when the body requires it the most or will have the greatest impact on our physiology.

At Neolife we adopt our approach to reflect the basic principles of rythmonutrition. For example, we are aware that foods rich in the amino acid tyrosine are more appropriate in the morning and that foods rich in tryptophan should be taken in the evening.