Gluten is not the only culprit, other wheat proteins are also to blame

A new study has linked inflammation in certain chronic diseases and non-celiac gluten sensitivity to a wheat protein that is not gluten.

Numerous researches have suggested that this different family of proteins, which are called amylase-trypsin inhibitors (ATI) may be behind non-celiac gluten sensitivity (NCGS), a disease often associated with the typical symptoms of celiac disease, both gastrointestinal (diarrhea, abdominal pain and swelling) and extra-digestive (headaches, fatigue, eczema and joint pains).

Non-celiac gluten sensitivity (NCGS), a great unknown that is increasing.

Currently we are experiencing an increased number of reports from the public concerning problems when eating cereals that contain gluten, without any previous history of symptoms associated with celiac disease (CD) or a wheat allergy (WA) and/or cereals with gluten as we have previously commented in this blog.

Non-celiac gluten sensitivity (NCGS) was first described in the 1980s and defined in general terms as cases involving a reaction to gluten where both autoimmune and gastrointestinal mechanisms such as allergic reactions have been ruled out. However, despite the time that has elapsed since, there is still very little known about this disease. 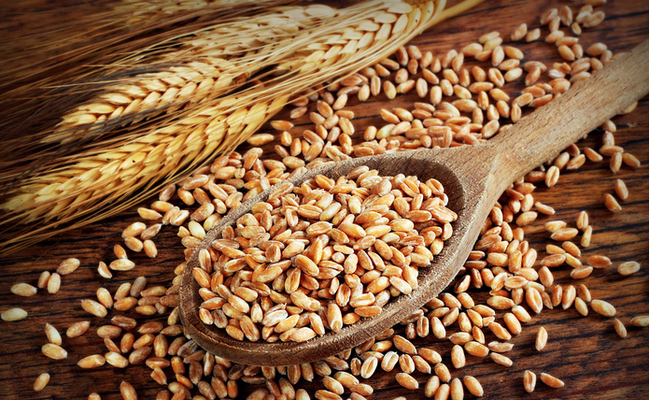 Late diagnosis of this disorder can lead patients to be diagnosed with a series of disorders, not necessarily located within the intestinal environment, including chronic, autoimmune, inflammatory or neoplastic diseases.

This makes NCGS a silent disease, which subtly affects the body and which could lead to increasingly serious complications if untreated.

Amylase-trypsin inhibitors (ATI), the possible cause of the development, amongst others, of non-celiac gluten sensitivity.

A group of scientists have discovered that a wheat protein, which is not gluten, causes inflammation in certain chronic diseases, such as multiple sclerosis, asthma and rheumatoid arthritis. The protein has also been shown to contribute to the development of non-celiac gluten sensitivity.

This new research (1), presented at the UEG Week (United European Gastroenterology) 2016, focuses on a different family of proteins, which are called amylase-trypsin inhibitors (ATI).

ATIs are a family of proteins that, like gluten, are found in wheat. And as with gluten these proteins can trigger an immune reaction in those with celiac disease that causes troublesome and embarrassing consequences and, even other more serious complications. In fact, numerous researchers have suggested that ATIs may be the true cause behind non-celiac gluten sensitivity (NCGS), a disease often associated with the typical symptoms of celiac disease, both gastrointestinal (diarrhea, abdominal pain or abdominal swelling) and extra-digestive (headaches, fatigue, eczema and joint pains), which 5-10% of the population suffer from.

The study has shown that use of ATIs can lead to the development (growth) of inflammation in tissues beyond the intestines, including the lymph nodes, kidneys, spleen and brain. Evidence has also suggested that ATIs can worsen the symptoms of rheumatoid arthritis, multiple sclerosis, asthma, lupus and nonalcoholic fatty liver disease, as well as inflammatory bowel disease.

Treatment of NCGS includes adherence to a gluten-free diet, which improves, amongst other aspects, the symptomatology. However, the origin of this disease may not exist in gluten. So, if gluten is not the trigger for the disease, why is it called ‘gluten sensitivity’? For whatever reason, the name seems incorrect. In fact, the study’s researchers advocate changing the name to reflect the pathology. The director of the research concluded by saying: “We hope that our work will also help to redefine non-celiac gluten sensitivity and determine a more appropriate term for the disease. And, since ‘gluten sensitivity’ implies that gluten is the only cause for the inflammation, a new name for this disease must be considered”.