Our brain makes up 2% of our body weight and consumes 20% of the body’s total energy. It occupies a special place in our functioning and our nutrition in line with its importance.

There are many factors involved in maintaining adequate cognitive function over the years. With a healthier diet, an exercise routine aimed at elevating levels of the brain-derived neurotrophic factor, hormonal and metabolic rebalancing as well as necessary supplementation necessary in each case, we can come up with a comprehensive health plan to prevent cognitive impairment as much as possible.

Our brain is our main evolutionary advantage.

We don’t have as much strength, speed, claws or other specialized organs as other animals, and yet we are able to fly, travel faster and further and have managed to dominate nature. Our advanced brain has given us the ability to design tools, manufacture them, teach others, communicate, be conscious…

2% of our body weight (the brain) consumes 20% of the body’s total energy. It occupies a special place in our functioning and our nutrition in line with its importance. 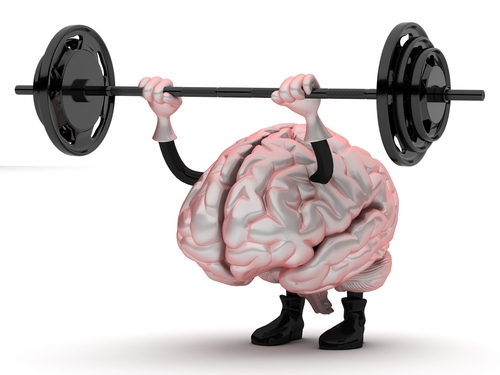 Since ancient times we have wanted to maintain and strengthen our mental capacity, and for this we have sought different remedies and activities, sometimes from more esoteric and strange sources and other times based on natural remedies.

The prevention of diseases such as Alzheimer’s, Parkinson’s or vascular dementia is different from seeking cognitive enhancement and modulating or curbing, if possible, the cognitive impairment associated with aging. In this article we will focus on this second point, with special emphasis on food supplements.

What strategies do we have today to curb or modulate the cognitive impairment associated with age?

Exercise has been shown to decrease the progression of cognitive impairment and produce secretion of BDNF (brain-derived neurotrophic factor) and anandamides that increase the number of neural connections and boost well-being.

Maintaining varied and stimulating mental activity has been shown to slow cognitive decline. Social interaction is one of the most complete stimuli to keep our brain in shape, and there are studies that show how the evolution to dementia among older people with physical limitation slows down just by seeing other people’s faces as they walk by.

Diet is very important. Our brain plays a very important role, and neurons are metabolically exquisite. Calorie restriction has shown to improve executive processing and psychomotor speed, as well as increase BDNF levels. A Mediterranean diet and moderate consumption of caffeine have also shown their benefits by preventing cognitive impairment with age.

Nutraceuticals play an important role in prevention, and there are numerous studies with the following supplements that have shown benefits for maintaining and improving cognitive and executive functions:

Medications used to stimulate the brain and improve its performance or curb such deterioration are known as nootropic. There are some doubts surrounding them, although some have been employed showing strong performance in certain clinical studies, and although they have been fashionable as of late, mainly in the United States, they are not approved for that purpose in Spain.

Appropriate hormonal balance is essential to keep the brain active. Estradiol has a stimulating effect on neurons; when we lose it (in women during menopause, in men when our levels of testosterone decrease) our brain begins to function more poorly and present progressive signs of atrophy, as has been proven in several studies. Maintaining adequate levels is fundamental.

Similarly, progesterone has to stimulate the brain’s GABA receptors to achieve adequate rest and prevent stimulation by estradiol from being too great. There are other hormones called neurosteroids, such as DHEA and pregnenolone, whose metabolites exert numerous functions in the central nervous system, helping protect against ischemia and improving memory formation.

There are many factors involved in maintaining adequate cognitive function over the years. At Neolife we emphasize a comprehensive approach to health, as well as the cognitive aspect. With a healthier diet, an exercise routine aimed at elevating levels of the brain-derived neurotrophic factor, hormonal and metabolic rebalancing as well as necessary supplementation necessary in each case, we can come up with a comprehensive health plan to prevent cognitive impairment as much as possible.

With the idea of being able to create programs that are more comfortable and specifically oriented to neuro-prevention and neuro-optimization, we have developed and will soon launch a specific supplement that fits into health programs and contains an optimal quantity of the principles whose benefits are most supported by evidence.