Health is in the strength of your hands

A recent study has correlated forearm pressing force (the grip of the hand) with a number of causes of mortality, whether cardiovascular or not.

The study, published in the Lancet and conducted on almost 140,000 adults from 17 different countries demonstrated that muscle strength is just as important if not more so to our health than blood pressure, irrespective of age, sex, economic status, educational background, or whether or not you have any other diseases…

A weakness in forearm strength is related to the presence of diseases such as coronary artery disease, heart failure, stroke, hypertension or COPD.

We already know that physical fitness (in terms of both cardiovascular as well as physical strength) are associated to good health, good quality of life and increased longevity, but what we had not seen to date was a study that included almost 140,000 adults from 17 different countries that correlated forearm pressing force (the grip of the hand) with many causes of mortality, whether cardiovascular or non-cardiovascular, such as myocardial infarctions or cerebrovascular accident (stroke). In addition, the study has been published in the renowned Lancet (1).

This study is part of the Prospective Urban-Rural Epidemiology (PURE) study. The authors of the study were surprised by their findings: muscle strength has been shown to be as or more important to our health than blood pressure, irrespective of age, sex, economic status, educational background, or whether or not you have any other diseases… 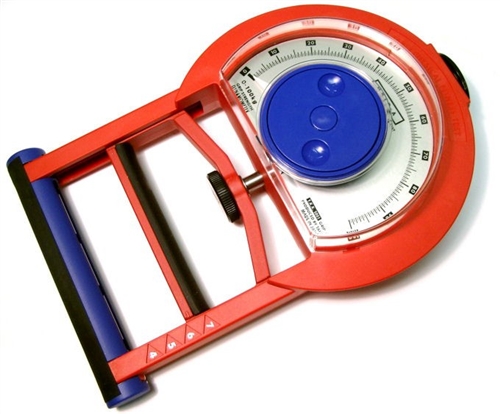 Previous studies in this field have achieved similar results, but they were conducted in rich countries with a predominantly white population. The PURE study analyzed 142,861 people aged between 35 and 70 between 2003 and 2009 who were resident in rich countries such as Canada, Sweden and the United Arab Emirates; middle-income countries such as Argentina, Brazil, Chile, Malaysia, Poland, South Africa, Turkey, China, Colombia and Iran; and countries with developing economies such as Bangladesh, India, Pakistan and Zimbabwe (neither Spain nor the United States were included in the study). All of the participants had their blood pressure and body mass index measured. The study also included a physical activity and nutritional questionnaire. 139,691 of the people studied had their forearm strength measured over a period of 7 years.

At the outset of the study it was found that weakness in forearm strength was related to the presence of diseases such as coronary artery disease, heart failure, stroke, hypertension or COPD (chronic obstructive pulmonary disease). Throughout a mean follow-up period of 4 years, 2.4% of those involved in the study died and the cause of death was known in almost 80% of those cases. Those who died were comparatively speaking the weakest individuals, irrespective of economic status, gender and age.

The authors therefore concluded that exercise should be included as part our a regular daily plan, but that this should not be limited solely to cardiovascular exercise, but should also include strength training as strength has been shown to be as important if not more so than the former.

The strength of the forearm as a key biomarker related to ageing.

In an editorial in the same journal (2), the study and the results were debated in detail. Although the study was well-designed, such “observational” studies do not establish a definitive causal relationship. For example is the lack of strength in the forearm the cause of the highest mortality or is it that ill people who are likely to die before healthy individuals have comparatively less strength? Whichever is the correct assessment, it is reasonable to consider that the measurement of forearm strength is a useful biomarker when determining the effects of ageing, health and disease of an individual.

To measure forearm strength a simple test is carried out on the individual using a dynamometer. We measure this biomarker as part of all Preventive Medicine check-ups at the Neolife clinic. It is important to note that we not only measure forearm pressing force, we also measure pushing force of the arms (arm thrust strength) (pectorals) and pushing force of the legs (leg thrust strength) (hip and knee extensors). The results from these tests are then compared with the data presented in scientific literature and, like any other biomarker concerning health and longevity, we then try to ensure the values represent values of excellence.