Controversies and advances in testosterone treatment, a 40-year perspective

A new article by Dr. Morgentaler has eliminated any doubt regarding the relationship between testosterone and prostate cancer or cardiovascular disease.

Despite the media interest, studies of testosterone which decry testosterone are in a minority, whilst there is evidence to suggest some of the studies were flawed by significant methodological errors. On the other hand, dozens of studies have been confirmed (there is scientific evidence in the first degree) that have asserted the positive effect of testosterone on penile erection, libido, sexual frequency, muscle mass, bone mineral density, lipid profile and loss of body fat.

In his article, Morgentaler takes apart all the key components which surrounds the controversy of testosterone-based treatment.

The interest in this article lies in the courage with which the article seeks to defend what good science demonstrates to be the case against other science that, although being published in scientific journals of the highest quality and prestige, is influenced by interests unrelated to scientific research.

The health consequences of low testosterone levels and the benefits obtained from treatment are well known. There is level 1 scientific evidence (top level) that treatment with testosterone improves libido, sexual function, body composition and bone density. However, there is still significant controversy regarding the relationship between testosterone-based treatment and prostate cancer and, more recently, cardiovascular risk. 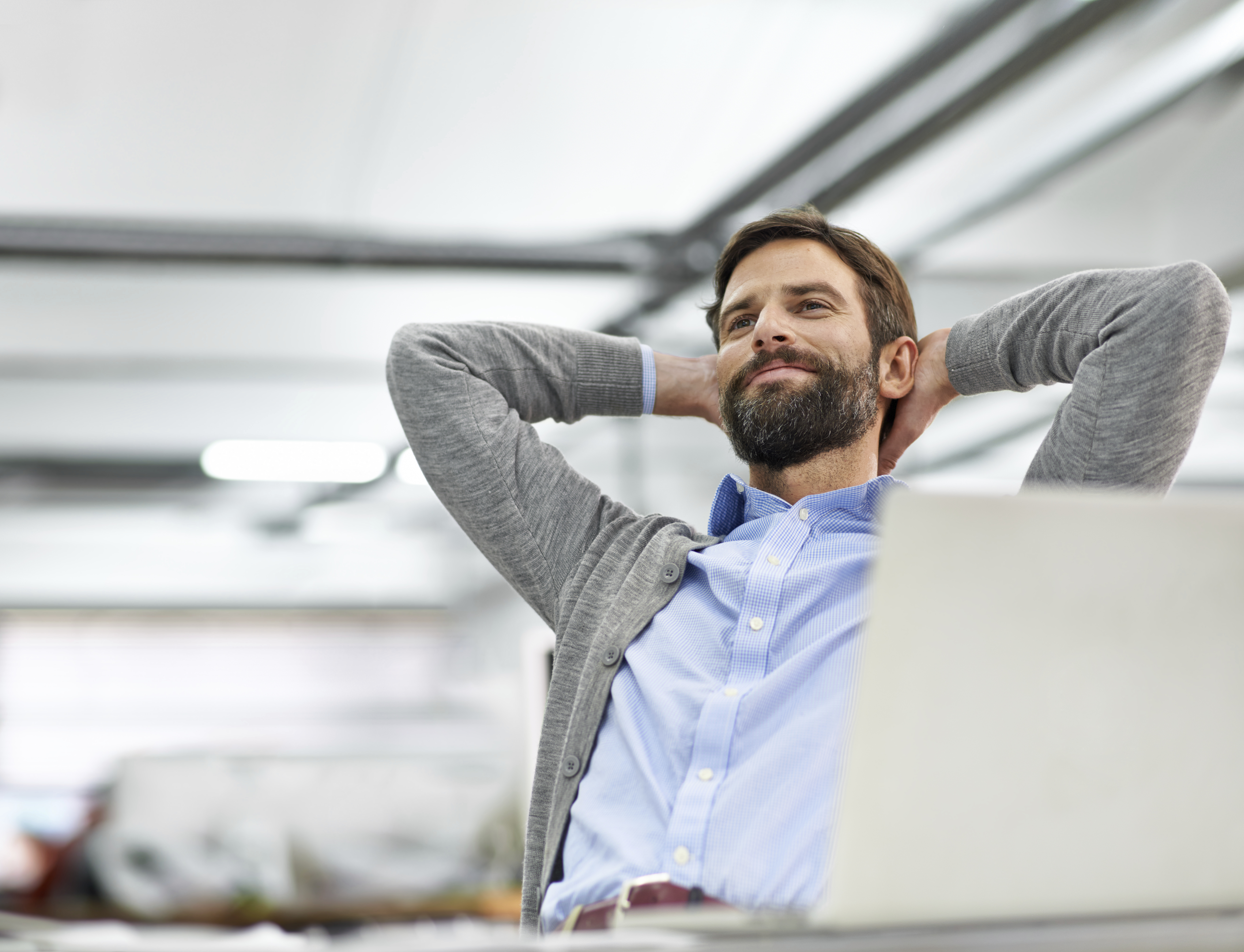 In November 2013 and January 2014, studies were published (2, 3) on the increase in cardiovascular risk in men who had been prescribed testosterone. The widespread media coverage was spectacular, claiming that the results from these studies correlated with a significant increase in prescriptions and sales of products containing testosterone in recent years. A clear example is the New York Times editorial entitled “Overselling Testosterone, Dangerously” (4).

The studies were quickly repeated and emulated and we have collected them together in an article in the Neolife blog. However, in both the new Morgentaler publication that will appear in the Urology journal, and in the Mayo Clinic journal published only a year ago (5) there remains, in our opinion, the question of the relationship between testosterone, prostate cancer and cardiovascular risk.

Controversy over testosterone treatment in the US has been generated by the exponential increase in the number of prescriptions in recent years that were aimed at improving the quality of life of men in general and more specifically sexual function in mature men. The fact that these prescriptions do not conform to a specific diagnosis and that they are simply for supposedly frivolous reasons accentuates the controversy that surrounds the treatment. In addition, the “informative” media use terms such as “therapy not approved”, “substantial risks”, “abuse of prescriptions”, “lack of medical follow-ups with patients”…which is written without sufficient data to evidence their assertions. So, why is there all this bad press which can potentially harm men who could receive treatment and improve their health and quality of life?

Given the complexity of defining closed protocols relating to testosterone treatments health institutions have continued to maintain a conservative attitude and deny the scientific evidence.

At the outset Dr. Morgentaler clarifies two terminological questions. The first is his preference towards the term “testosterone deficit” instead of “hypogonadism“, since the latter refers principally to male infertility, a feature that is not very relevant to mature men suffering from the symptoms of low testosterone. On the other hand, he prefers to speak of “testosterone therapy” instead of “testosterone replacement therapy“, as he believes that testosterone is not replaced, it is simply supplemented. The same applies to hormone therapy for menopausal women: there is no replacement, there is supplementation.

Historically, testosterone has been artificially synthesized since the 1930s and was successfully used to treat impotence, lack of virilization and muscle strength in men with hypogonadism. It was also considered a good treatment for angina pectoris. But this soon fell into disgrace due to the Huggins studies that blamed the treatment (unfairly) for prostate cancer. At the end of the last century testosterone entered its darkest medical phase, darkened even more if that is possible by the cases of doping amongst competition athletes which served to darken the reputation of the treatment further. But during the 21st century the reputation has begun to change, thanks largely due to Morgentaler and his rigorous scientific method which dismantles false myths. Currently there are 21 approved testosterone formulations in the US and 7 in Spain (three injectables, three patches and one gel). The use of testosterone has skyrocketed alongside the amount of controversy.

There is scientific evidence in the first degree that has asserted the positive effect of testosterone on penile erection, libido, sexual frequency, muscle mass, bone mineral density, lipid profile and the loss of body fat. As a result, anyone who says that the beneficial effects of testosterone have not yet been established or there is insufficient scientific evidence is uninformed.

Before the 1970s, the male candidates who underwent testosterone treatment were those who presented with the clinical definition of the deficit, without taking into account their plasma value. But in the last decade, thanks to the development of analytical techniques, the diagnosis of male patients has been based on the quantification of the hormone in the plasma. Since 2014, the opinion of experts has been to prioritize the symptoms, but as a secondary consideration treatment should support the plasma testosterone value. To date however, there is no unanimity as to how to define a low testosterone value; so there is presently a wide margin of between 200 and 400 ng/dL. Furthermore, each laboratory provides different benchmark ranges, which only serves to increase confusion as to what is a “normal” value. This is the principal reason for taking into account the symptoms when deciding whether or not to treat a patient with testosterone. In addition, there are differences amongst individual responses to testosterone-based treatment depending on the amount of SHBG (testosterone-blocking protein) prevalent in each person and the sensitivity of the cellular testosterone receptors, which is determined on a genetic basis. Morgentaler recommends using free testosterone (which is not bound to proteins) as a reference point, proposing a low threshold of 15 pg/mL, but ensuring that a greater value is attached to the symptoms.

Due to the points raised above it is easy to understand the reason why health institutions, health insurance companies, scientific societies, etc. feel unable to define a closed protocol. As a consequence the attitude to treatment remains conservative to the point where scientific evidence is denied which in some cases borders negligence. In addition, cost savings are put before the health of the male patient.

Testosterone fell into disrepute, mainly due to the erroneous relationship claimed to exist in relation to prostate cancer and, more recently with cardiovascular risk.

But now the new black sheep associated with testosterone is an increase in cardiovascular risk, which is based on two retrospective studies in 2013 and 2014 cited at the beginning of this text (2, 3) and the widespread media coverage.

The first study (2), endorsed by Dr. Vigen as the first author and published in the JAMA has been strongly criticized on a number of issues: for having misinterpreted the statistical results, for using a poor selection from the sample and for having mistakenly included no less than 10% of women in the study. All this is unacceptable for a serious and highly committed research article published in the JAMA journal, which had to acknowledge the errors in the study and accept harsh criticism from other experts (more than 160 researchers and 29 scientific societies).

The second article (3), endorsed by Finkle, analyzed a large database of medical societies and concluded that in the 90 days following prescription of testosterone there was an increase in those who suffered from a non-fatal myocardial infarction of 36% compared to the risk present during the 12 months prior to the prescription. The first serious error in the study is that there was no control group and therefore we do not know if those who did not have a testosterone prescription suffered more or less heart attacks than those who were prescribed the treatment. The second error is that a causal relationship was assumed to exist when in reality the study demonstrated that doctors do not prescribe testosterone to patients who have had a recent infarction. Nothing else could be evidenced.

On the contrary there are dozens of studies that show that a low testosterone value does pose a cardiovascular risk factor and that testosterone hormone treatment is protective and beneficial against the known risks.

We published our opinions on this in another recent blog article,

“one would have to wonder why a news story about the meta-analysis recently published in the European Heart Journal (7) concerning more than 80,000 men (not 200 as in the JAMA study) has not been published in the press when it has shown that testosterone prevents the onset of infarctions, strokes and in general terms all the causes of mortality, to state just one of the multiple studies on the positive effects of testosterone.”

In conclusion, it has been demonstrated that a testosterone deficit negatively affects both the health and the quality of life of men and that their treatment does NOT produce prostate cancer or cardiovascular disease and YES it has been shown to prevents these diseases and substantially improve the quality of life in the majority of those being treated. The side effects are scarce, mild and easy to manage by an experienced doctor.

As Morgentaler says, “testosterone is neither scourge nor panacea – It is just good medicine” This is really what it is all about.

The truth about testosterone: prevents the onset of the ageing process and improves the quality of life, with few side effects.

At Neolife, as a pioneering clinic of anti-ageing medicine, we have extensive experience in the clinical management of testosterone: we perform hormone replacement therapy both in men and in women and take steps to improve the quality of life of the patient and the prevention of diseases. We control the doses, administration routes, follow-up measures, possible side effects etc and we obtain magnificent results for the patient, not only according to the anthropometric parameters (intra-abdominal fat, muscle mass etc.), but also in their state of mind, sex life, neurocognitive function, lipid profile and hydrocarbonated profile, amongst many other objective improvements.